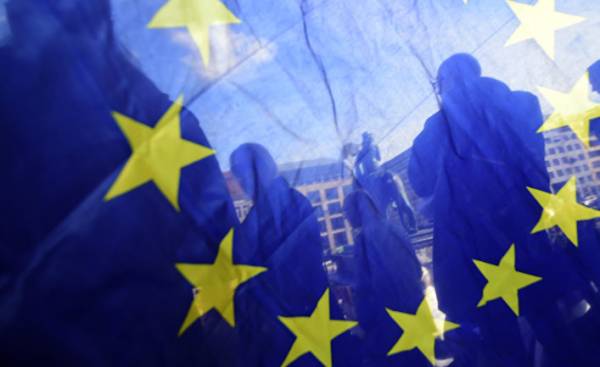 When it comes to the fate of a free and United Europe, just look at the situation in the Western continent, for example, in the Netherlands, where I just barely managed to stop the advance to power of the national-populist of Geert Wilders, or in the UK, which has just notified Brussels about the upcoming procedure “divorce”, or in France, where the victory of marine Le Pen at the next presidential elections could drive the final nail in the coffin of the EU.

However, to the surprise of mass protests in Russia and Belarus this past weekend remind us that the future of Europe is determined not only in the West, but equally in the East of the Old world.

The fact that has long been written off the Russian civil society is so strongly — it is noteworthy that the protests were attended by a large number of young people — have announced their “return”, and in Belarus people took to the streets, not fearing the despot Lukashenko, says that the desire for freedom, the rule of law and democracy, which made possible changes of 1989-1990, remained alive and opposed to the authoritarian “the rink”, naezzhaya all over Europe.

Moreover, this new surge of civic spirit of the confrontation brings to mind that those changes are still not completed. And this is the root cause of anti-liberal movement that tries to undermine the gains of 70-year-old European post-war democracy.

To say that the current protests really dangerous for the regimes in Moscow and Minsk. It is much more likely that Putin and Lukashenko will answer them a massive repression, to crush this nascent protest in the initial stage. Yet, paradoxically, Putin may even derive a conclusion from the events in Belarus.

Because of the fact that Lukashenko once again shows its true violent person, makes the further approximation of his regime with the EU, which he recently flirted (very active, in the opinion of Putin), is impossible. Thus Lukashenka, who recently acted in relation to Moscow, somewhat provocatively, will have no choice but to return “under the wing” of the Kremlin.

The conditions of the dictatorship

However, the more important the lesson to be learned for a democratic Europe, from the point of view of building relationships with the Eastern autocratic regimes — should not be left without response “crackdown” on their part.

You have to understand that while the part of the Europeans, including Russians, Belarusians, forced to live in a dictatorship, democracy in Western Europe can feel completely safe.

If free European companies refuse the thesis that core values should dominate throughout the continent, sooner or later may erupt autocratic counter-revolution.

The worm of doubt

The authoritarian alternative is spreading so rapidly that the forces representing the so-called Western but in fact universal values that underlie ideas of 1989, began to lose confidence.

And the fact that people living in more difficult conditions than they find the strength to stand up for self-defense, should shame the Western companies affected by the worm of doubt.

For too long democratic Europe thought that after 1989-1990 have finally reached the “end of history” and can now calmly look at in Russia came to power “strong hand” and suggests there “order”.

For too long the country escaped from “the clutches” of the totalitarian Soviet Empire, believed that Western European countries with established democracies treated them paternalistic.

Now there’s a stronger movement in favor of departure from liberal democracy, and, for example, in countries such as Hungary and Slovakia, Putin skillfully uses him posing possibilities.

Ukraine, the latter decided to escape from the “clutches” of Moscow, Western Europe and although ready to move forward, but very cautiously and without much enthusiasm. The illusion that the Kremlin will be able to calm down and refrain from violent manifestations of solidarity with the Ukrainians, it seems, is stronger than the understanding that those fighting for freedom, in fact, for the whole of Europe.

Increasing the West’s readiness to give at the mercy of an authoritarian Russia “sphere of influence”, is rooted in the erroneous belief that Putin’s authoritarianism and liberal democracy in Western Europe could peacefully coexist on the continent.

At the very same Putin no such illusions. He knows that his regime can exist only when it would not only suppress Western ideas of liberty among his people, but discreditied their sources.

He will continue to work on undermining and destruction of the Western democracies, not only in order to distract its population from ever growing internal problems, but in order to take potential mass opposition movement’s ideological base. And while Western democracies will deal with their internal conflict, Putin will be able to take control of large areas.

In Bulgaria, a member of, among other things, the EU recently replaced the Pro-Western President came to the President that is configured relative to Moscow friendly, and in the last parliamentary elections the Pro-Russian party so strengthened their positions as failed Pro-Western forces.

While all the attention of Western European political circles, as well as the public focused on Turkish President Erdogan (whom Putin recently again friends), they are not able to understand how dangerous the situation is exacerbated in the South of Europe.

Experiencing another surge of nationalist sentiment in Serbia — with the support of Moscow, which is also making every effort to prevent the accession of Montenegro to NATO.

This “March” destructive forces Europe can oppose only the ideological movement forward. This means that she must once again recall the spirit of freedom in 1989 and to have the determination. Only protection from this hazard can to re-unite the divided and decaying Europe. 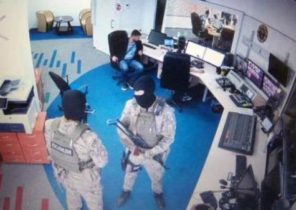