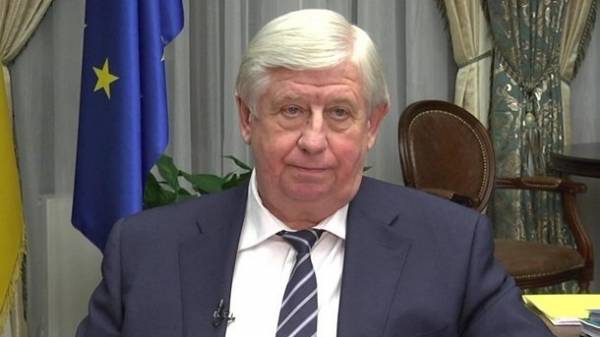 Former Prosecutor General of Ukraine Viktor Shokin has filed a lawsuit based on personal interests. This was stated press Secretary of the head of the GPU Larisa Sargan, the TV channel “112 Ukraine”.

“I think it has to do more with something personal, do not see any political component or some other, which experts say”, she said.

“The claim has no prospect of success, because Viktor Shokin will not have to return to an armchair of the public Prosecutor. There was no such precedent that the court has cancelled the decision of Parliament,” added Gar.

As reported, ex-Prosecutor General Viktor Shokin asks the Supreme administrative court (Vasu) to recognize illegal and to cancel the presidential decree on his dismissal and the resolution of the Verkhovna Rada, which approved his resignation. The court opened proceedings on the suit of Shokin and set a hearing for 10 April at 15:30.