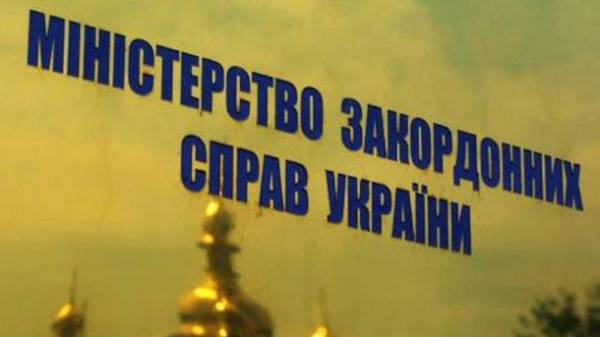 The Ministry of foreign Affairs of Ukraine strongly condemns the attack on the Consulate General of the Republic of Poland in Lutsk the night of 29 March 2017. This is stated in the statement published on the Agency’s website.

“We believe this is another deliberate provocation, which undoubtedly has the purpose of harming the strategic partnership between Ukraine and Poland. It is possible that this was a provocation, like previous acts of vandalism, orchestrated from outside. The biggest concern is the fact that this crime could harm the life and health of the Consulate staff and the residents of nearby buildings,” the statement said.

As noted, Ukrainian law enforcement agencies take immediate steps to ensure prompt investigation and disclosure of this crime, and punishment.

“The Ukrainian side will strengthen the security of diplomatic and consular institutions on the territory of Ukraine”, – said in a statement.

We will remind, on the night of March 29, unidentified persons fired at the building of Consulate General of Poland in Lutsk. The police do not exclude that shot from the grenade launcher, the projectile exploded inside the building.