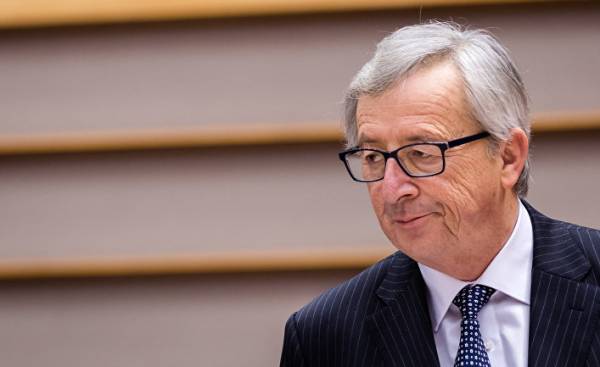 One of the experienced European politicians, 62-year-old President of the European Commission Jean Claude Juncker (Jean-Claude Juncker) made a startling warning to the President of the United States Donald Trump: “If you will encourage other countries, how do you support the decision of the British about Brexia, it will end with the collapse of the EU and will ultimately lead to war in the Balkans”. Sharp review Juncker is not so limited. Juncker, Recalling the “Balkan war” in which Yugoslavia 25 years ago collapsed, Bosnians, Croats, Serbs fought desperately with each other, thousands of people died, said: to see these people again clashed with each other, “preservation of stability, which gives the Union” becomes inevitable. Juncker said: “I’m worried… And very much!” After all, trump was the only one in a long time leader who came to power in the United States and said: “My priority is the US, I don’t care what happens in Europe.”

In this column we have often talked about the relations between the EU and the United States, the election promises trump. Indeed economic history is quite complicated. I think that everyone knows about the ambitions trump’s “make America great again” and to this end to set the tone for everyone on the globe. Germany, which can produce the world’s best technology at the most affordable prices and in the end has a surplus in foreign trade of 250 billion euros per year, again forced to present himself to Trump. Germany, which led its school system, training program, training plans in line with the needs of its industry and a miracle after the devastation of the Second world war, now explains the new President, which threatens with a finger and indignant: “Why do you have such a large surplus? Why to trade with you I have a constant deficit?” And how not to give? Under the control of the United States many large organizations, primarily the world trade organization, the most important players in the financial system. If you don’t fit the system, then you can seriously punish.

From this point of view, when we turn to this picture of China, Germany and even India, the events in the period after the arrival of the trump to power can be called “trade wars”. I also several times used the term here. But the words of Juncker in the first paragraph remind us that this story is not so harmless. At the end of my previous articles I asked the question: “What happened in history when the economy was complicated by the big players tried to change the rules?” In this regard, warning the cadets that “in the Balkans could be war”, for me was not a surprise. Can even take another step forward. The policy, continuing the US and the West in oil prices, sanctions against Russia, the proposal of bilateral trade agreements instead of free trade zones and even “ban on the transportation of laptops”, which is to observe some airports — all this suggests that a trade war is already clearly evident in practice.

But whether this process, which is still formally proceeds only in the economic framework, could lead to a real war, says Juncker?

I do not know. But I am very afraid of it. Perhaps from now on, we can’t afford to worry about ourselves, but what our children are entering a process that starts on the basis of “economic benefits” and could end in tears, deeply hurt me.

How to quickly develop a useful habit: the TOP 5 simple steps