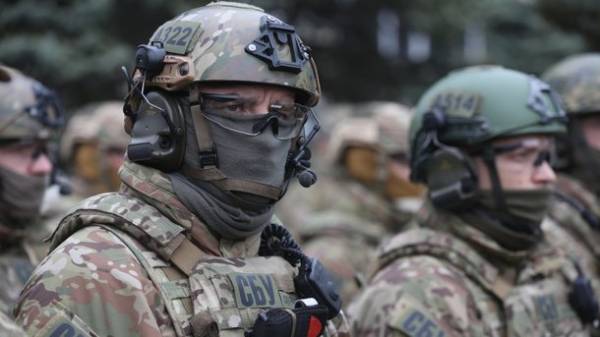 Today, March 25, 2017, security Service of Ukraine celebrates 25 years. In this regard, the Ministry website published an appeal to the leadership of the SBU.

“March 25, 1992, the reference point of a dynamic and complex formation a special service of an independent Ukrainian state. It has been 25 years that will forever remain in the history of Ukraine as a period of revival and approval of the independent state that became a test for the Ukrainian people on the ability of the sovereignty and self-determination, and security service of Ukraine – a test of the ability to defend them,” – said in greeting the head of SBU Vasiliy Gritsak. 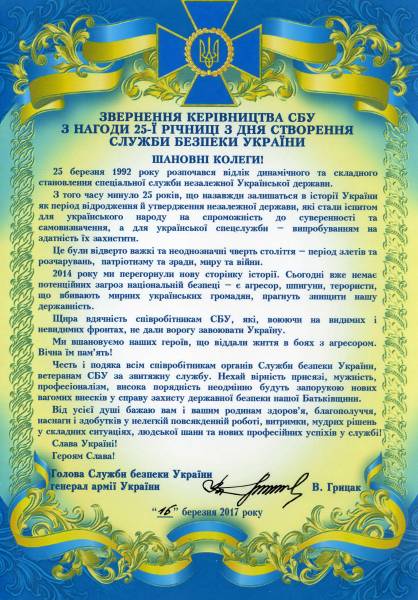 We will remind, earlier the President of Ukraine Petro Poroshenko said that in recent years, the SBU has turned into an effective fighting body.

In 2016, according to the President, the SBU has prevented over 30 attacks.