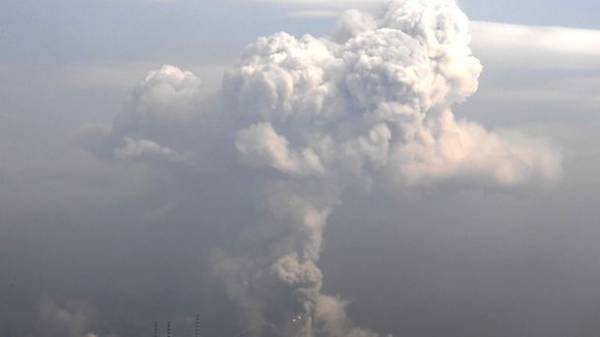 The number of victims of explosions at weapons depots in Balakleya Kharkov region increased to 5, in particular, became aware of the injured woman, said the Deputy head of the Department of health of Kharkiv regional state administration Galina Siroshtan.

“It is in regional clinical hospital. Yesterday she was operated. Today her condition has improved. It is absolutely adequate, receives free treatment in full, an additional examination, non-life-threatening”, – said G. Siroshtan the TV channel “112.Ukraine” on Friday.

In addition, on Friday was taken to the emergency hospital 78-year-old woman who discovered craniocerebral injury, brain contusion, and fractures of the right femur and a fracture of the right limb.

“In addition, there is the woman of 88 years, which wound the cheek, she was hospitalized by emergency medical team to the regional hospital. Two men, 41 and 45 years, were due to injuries to the upper extremities, which are received for cleaning of broken glass on the territory”, – said G. Syrostan.

As of 7.00 a.m. on 24 March in the territory of a military Arsenal, there are explosions of varying intensity. With the possible affected area evacuated about 20 thousand people and organized their subsistence (opened evacuation centers, organized food, water supply and medical support), continue the evacuation. Suspended the operation of potentially dangerous objects.

According to Prime Minister Vladimir Groisman, the explosions covered about half the territory of the artillery arsenals in the city. This situation may last from three to seven days.

To date, it was known about one dead and one injured residents.