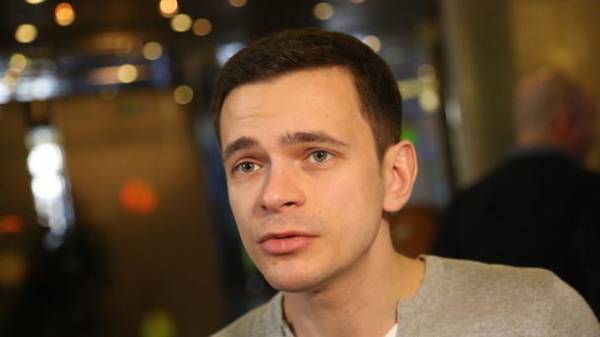 The silence of Moscow looks ugly and indecent, after the murder of the Russian politician Denis Boronenkov, as it was hotly debated on television. This was explained in comments to NewsOne TV channel, the Russian opposition leader Ilya Yashin.

He recalled how Russian TV staged persecution on Boronenkov for his demarche against the Russian authorities, but after his death, the Kremlin is silent

“Now in the Russian media a few comments about the incident. There is only the reaction of the press Secretary of Russian President Vladimir Putin, who says it’s not their issue, and they don’t want to comment. It looks like hypocrisy and cynicism, as Boronenkov on Russian television over the past two weeks, constantly “rinse”, they called him a traitor and defector. It was without exaggeration one of the Central themes on Russian state TV, and now it turns out that this is not a topic Peskov and comment there is nothing. It looks ugly and indecent,” said Yashin.

He also called the most probable version of the Russian establishment about the murder Boronenkov, as well as suggested.

“On the one hand will strongly deny involvement of Russian secret services and Russia in General to this murder. On the other – will accuse Kiev of instability and inability to provide security for citizens. The first version that comes to mind is the involvement of the Russian special services; revenge Voronenkov and demonstrative punishment for what the Kremlin considers a betrayal. From my point of view, this version looks as a priority,” he added.