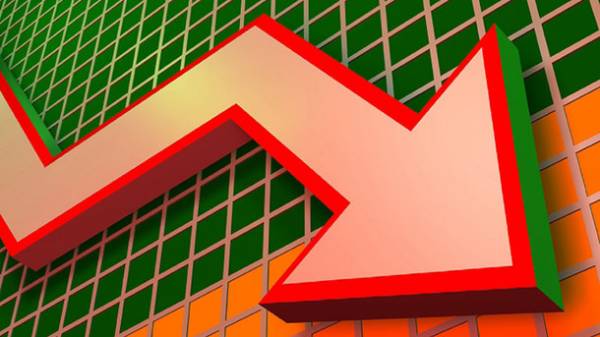 The Ministry of Finance of Ukraine is contemplating the possible scenarios for the country after the blockade of Donbass and the international Monetary Fund (IMF) postponed the decision on the allocation of Ukraine the next credit tranche. GDP could shrink by 1.2 percentage points, two percentage points will increase inflation, and the dollar – at least three of the hryvnia to the end of 2017. The website “Today” found out where Ukraine will take the currency this year and how it will change the life of Ukrainians in the result of the blockade.

Ukraine will lose part of its export revenue

According to the adviser head of the SBU Yuriy Tandit, enterprises in the so-called “LNR” and “DNR” paid to the budget of Ukraine 31,7 billion hryvnia last year. In 2014 they signed up for government-controlled areas and continued their work. After the statement of the leaders of the so-called “republics” of the “nationalization” and of the NSDC decision on termination of trade with the “DNR” and “LNR” Ukrainian budget loses billions of hryvnia, and the export revenue could be reduced by billions of dollars.

So, at the end of last year, total export revenues of Ukraine amounted to 36.3 billion dollars, more than seven billion of this amount is export of metal products. At the meeting in the Cabinet of the President of the Association of Enterprises “Ukrmetallurgprom” Alexander Kalenkov has estimated the losses from the embargo at $ 3.5 billion. At the same time, the Ministry of Finance estimated: pOteri can range from 1.2 to two billion dollars in export revenue, the same forecast was made in the national Bank.

“Two billion dollars is the most pessimistic assessment, but she has the right to life. Because we must not forget that metallurgy is one of the main components of our exports, last year it was about 40% of exports,” — UNIAN quoted Deputy head of the NBU Dmitry Sologub. According to the national Bank contribution in the foreign exchange market of the enterprises on the uncontrolled territory is not more than 3% of the total revenues of Ukrainian steelmakers.

Most currency Ukraine bring farmers. The exports of the agricultural sector in 2016 amounted to 15.4 billion dollars, according to Institute of agrarian Economics. As noted by the Deputy Director of analytical Department of Alpari Natalia Milchakova, last year the grain harvest was quite high. Many bring dollars to farmers in 2017, will depend on commodity prices and volumes of crops. 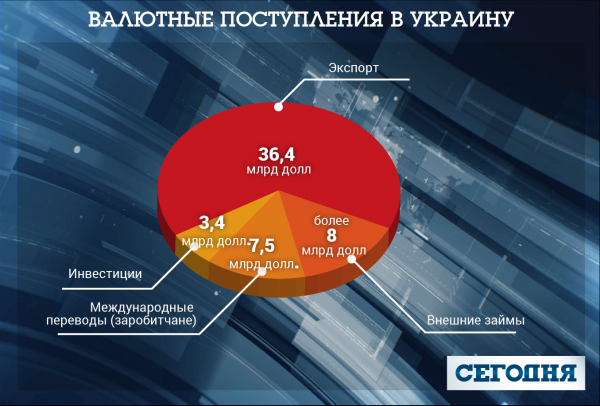 To compensate for the loss of revenue from the export industry at the expense of other sources this year will not succeed. Now the Cabinet of Ministers and the national Bank expect the updated macroeconomic indicators for this year. In this regard, the IMF decided to postpone consideration of a question on allocation of a credit tranche to Ukraine.

In 2017 Ukraine should receive more than five billion external borrowingto get the money without the support of the IMF will be extremely difficult. “On the eve of the meeting of the IMF Board of Directors completely changed the macroeconomic picture in Ukraine. At issue was economic growth, government budget deficit, ratio of public debt to GDP. This has lead to the fact that the decision of the IMF to Ukraine will be postponed. When you say that you just have to settle macroeconomic parameters, it is not easy. We are talking about how to be generally with the programme of cooperation. The program was calculated under the parameters that were before the blockade. When changed, can have a serious problem and the meeting of the Board of Directors may postpone, for serious time,” says Executive Director of the International Fund blazer Oleg Ustenko.

According to the expert, to “save” the situation may be foreign investment, however, Ukraine needs to speed up reforms.

Finance Minister Oleksandr danylyuk during the investment conference of Dragon Capital, speaking about the effects of the embargo, voiced two possible scenarios. Optimistic: GDP will shrink by 1.2 percentage points, in the conditions of realization of the pessimistic scenario – 2 percentage points. In the first case year-end inflation could reach 10% (instead of the planned 8,1%), in the second case, prices could rise to 16.5%. In addition, the rate of the national currency against the dollar will lose three to five hryvnias to the end of the year. 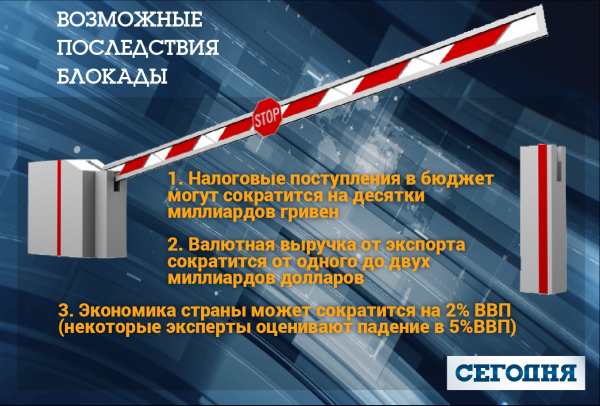 At the same time, the President of the Ukrainian analytical center Alexander Okhrimenko, the country’s GDP could shrink by 5%. This completely eliminates the projected growth of the economy this year. “I think we can lose approximately 5% of GDP. In addition, if will fall, export revenues, the dollar will be much higher 27 hryvnia, so to speak. Don’t want to scare people,” – says economic expert.

Recall that in this year’s budget provided an increase of social standards by 10%. If the result of the blockade the price increase will be 16.5%, Ukrainians with the lowest incomes will be poorer by at least 6%.

Prime Minister Vladimir Groisman changes in the economic situation and the postponement of the decision of the IMF in Ukraine called “a new challenge for the authorities.” National Bank March 20, has collected an extraordinary meeting of the monetary policy Committee to update the forecasts with regard to the effect of the trade embargo. “We must find how we can restore economic growth, because if we lose the position of the mining-metallurgical complex, we understand that our economy will be weaker” – said Groisman.

“We must find how we can restore economic growth, because if we lose the position of the mining-metallurgical complex, we understand that our economy will be weaker” – said Groisman.

Note, over the past five years prices in Ukraine increased almost twice, and the minimum wage over the same period is 2.7%. Before the crisis, in 2013, the inflation rate for the year was 0.5%, while next year prices jumped by 24.9%. After the outbreak of hostilities Ukraine temporarily lost not only part of the territory, but the lion’s share of the industry. If this year, the head of the analytical Department of Concorde Capital Oleksandr Parashchiy, will be able to keep the inflation rate below 10%, this will be a big achievement for Ukraine.