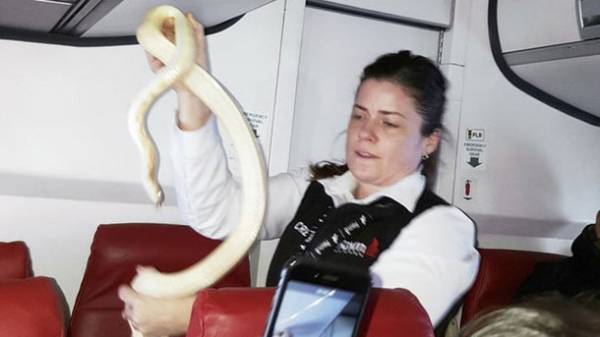 The passenger plane EN route from an American city Aniak, Alaska, anchorage, found and caught a snake. It is reported KTVA.

Passengers noticed the reptile under the seat shortly after takeoff. They immediately reported this to the crew.

The stewardess caught the snake and placed it in a plastic bag for garbage. According to eyewitnesses, the woman acted calmly and confidently.

The airline representative said that the reptile in violation of the rules carried on the plane one of the passengers. Its length was more than a meter. The snake is not reported.

Earlier it was reported that the Mexican passengers of the flight scared the snake on Board the plane.