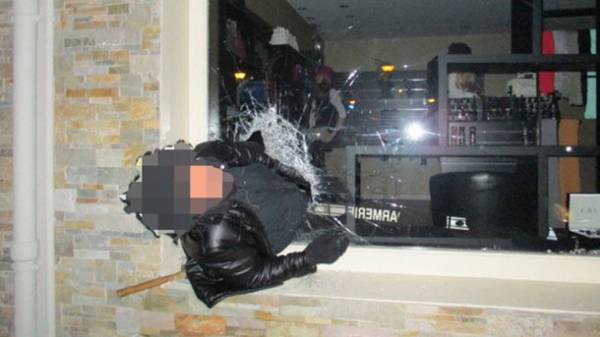 In France, the man made an unsuccessful attempt to Rob the store he was detained by police at the scene as stuck in the broken window.

The incident occurred in the small town of Maleon-Lisher in the South-West of France. The attacker broke the glass with a hammer and entered the room. But to get out again he failed, stuck in the broken hole.

The arrived police detained the thief-the loser. They found 46-year-old man. At the time of the offence he was drunk.

Earlier it was reported that U.S. police arrested a thief who got stuck in the vent. Local residents heard his screams and called the police. Arriving police found the suspect in the pipe on the roof of the pizzeria.