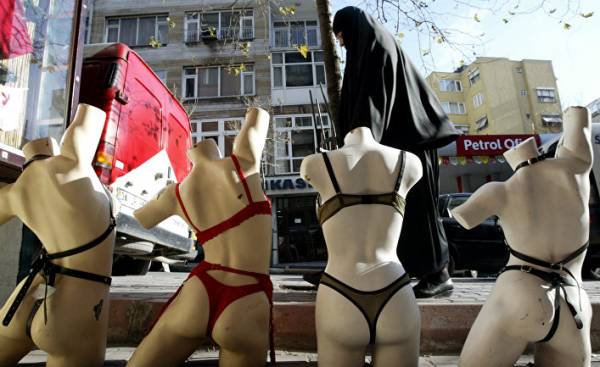 “The most perfect knowledge of God occurs during intercourse,” wrote one scholar from Andalusia in the thirteenth century. And in the XVII century the Indian scholar wrote: “I have seen God’s presence in a woman’s body”. Both phrases belong to two influential Muslim theologians. It’s hard to imagine something similar was voiced by contemporary philosophers.

Muslim tradition is replete with love poems and erotica, a story about sexual desire in a relaxed manner. Love in all its manifestations, be it the love of a woman or youth, is celebrated in countless poems. Yes, You understood correctly: homoerotica was an integral part of classical poetry, both Arab and Persian.

Poems like this, written by the Arab poet Ibn al-Rumi:

My repentance was ruined

Or belonged to the poet Ibn al-Hajaja:

Hairs sprout at the gate of his anus

These poets were not sentenced to death, they may not hidden from anyone. On the contrary, they were the famous writers of his time, which some praised, while others were rejected.

To understand this change of consciousness, you need to understand what happened in the period from late 18th century to the early 20th century. For most of the Muslim countries the most important event of this period was the emergence of colonial powers. These powers took both active and passive participation in radical transformation.

One such transformation was industrialization. It has become an important factor of restructuring the device the then existing societies. The rationalization of the extraction of raw materials and its further processing in the colonies was the cause of education in the metropolis of new labour markets. Using the new vehicles and relying on public rise, the rural population massively moved to cities. This led to a gradual demographic restructuring: once the rural population made up the majority of urban residents. These people, which is true for our time, has lower education levels and more conservative, unlike the urban class. In the aftermath, much of the former open attitude to eroticism and sexuality has been lost.

The order inherited from the colonial rulers, found its continuation in the modern nation-States that emerged during the twentieth century. The Muslim social structure now formed part of the state system, which until now was unfamiliar to them. Some countries differed hostile attitude to religion. Examples of the first decade of the Turkish Republic, abolished many old structural formations of the Ottoman Empire. However, the left-nationalist regimes in many Arab countries also contributed to the suppression of the classical understanding of Islam.

And in response to the dictatorship of these countries there was what we now call Islamism. Islamism, pretending to be the authentic version of Islam is essentially the embodiment of what could be a modern Islam. After all, what did theorists of Islamism, was no different from what was done by the ideologues of the left or right wing: in the center of the worldview they placed the idea not the person.

The mindset of Muslims in the nineteenth century was distinguished by the fact that a number of ideas, that is, truths that could exist in parallel. According to the Islamic scholar Thomas Bauer, thanks to the tolerance of ambiguity that defined the mindset of the Muslims of that time, not only the theological arguments have distinguished a certain diversity, but a way of life and thinking. These aspects in the ideological form of Islam was later questioned.

Muslim ideologues do not believe in the only true interpretation of Islam, which they converted into the absolute idea, around which should revolve the society. Under the guise of this ideology, to this day flout the heritage of Islamic civilization, not least those involved with terrorist groups such as Islamic state (ISIS) (banned in Russia — approx. ed.), professing, perhaps, the most perverted form of this indoctrination.

Another post-colonial phenomenon is the merging of religion and the modern state. This phenomenon led him to previously unknown institucionalisty of Islam. For centuries Muslim tradition did not know any clerical care. But today in countries such as Saudi Arabia or Iran relations have been established between religion and power, characteristic of the Christian middle Ages. Thus, Arab or Iranian scientists have in their hands both legislative and Executive and judicial power which they frequently abused.

For example, banning erotica and any discussion on this topic, they tend to serve a specific range of clients to appear as a true “Islamic state.” Even open discussion of sexuality they have declared taboo. However, this “absoluteness” caliphs who ruled in Baghdad in the period between 8th and 10th centuries, questioned, and not only in relation to the discussion of eroticism, and boasting the famous poets, who praised gomoerotiku — some of the caliphs themselves have been lovers of the male sex.

Sex and love as a liberal heresy

Related to Islam, as an ideology, which can be used to manage a modern state, led to the castration of civilizational aspects of Islam. The scholar al-Nabulsi (died 1731) in today’s Saudi Arabia or Iran would not be able to publish his book called “the Noble mission of love.”

In this book he explained the admiration for the beauty of men as a normative and from a mystical point of view. And we are not talking about homosexual intercourse, but same-sex Platonic love and affection. That al-Nabulsi was theology for the modern mull — liberal heresy. Cursing all that they called Western and distancing themselves from it, these people renounce their own traditions.

Thus, we can conclude the following: the taboo of eroticism in Muslim countries and in many Muslim societies in the West stems from the rejection of their own traditions. What is today called traditional, in fact, is a set of distortions that can be understood only by understanding the changes that have occurred in the last two centuries.

Power structures from family to state

During the discussion of my book “Delight and favor” Muslims in the West, I repeatedly heard from them that they don’t make this topic taboo and that this problem exists only in Muslim countries. To substantiate their point, they mention that sex education is quietly included in the lessons of religion. Besides, what is education still has no serious significance, such an attitude to the topic is exactly what I mean by taboo. After all, talking about sex and eroticism, we mean not only the regulatory and medical discussion. This is precisely what Foucault criticizes the discourse about sex, which bears the scientific nature dubbed it “Scientia sexualis”.

The taboo here clearly has a place and it derives its strength from the structures of power, beginning in the family and ending in state institutions. When it comes to erotica, it means not only sex, but also certain aesthetics, and art to talk about it and enjoy it. The lessons do not teach this, and to master this art only if it again will become part of Muslim culture, which at the moment is suffering from delusions of control and abuse of religion.

And romanticizing the past as a solution is not suitable. As the ideologization of religion. Solution may be the development of the ideas of the pre-modern Muslim societies in order to correct various deviations from tradition in the last two centuries without the rejection of history and modernity.

Ali Ghandour — researcher and PhD student of the Centre for Islamic theology, University of münster. 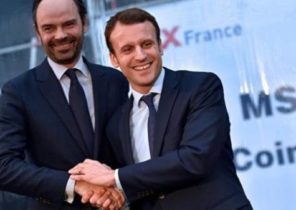