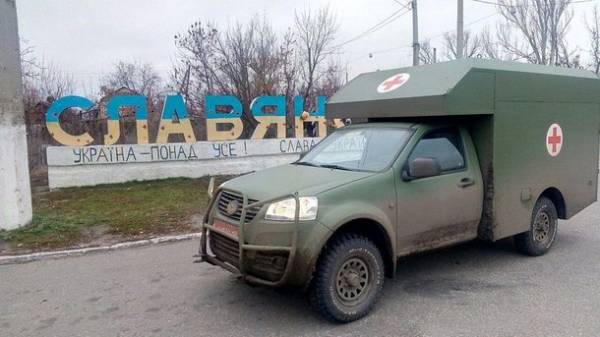 Ukrainian volunteers say that the army no longer have problems with food, clothing and gear. However road transport, especially for the evacuation of the wounded from the front edge, still not enough. For these purposes, often used civilian vehicles, which the volunteers drove to Ukraine from abroad. In the fourth year of the war the government has been unable to organize production of special medical equipment needed to save people from “front”.

SPOIL MILITARY. This week marks three years since the illegal annexation of Crimea, after which began the war in the Donbass. Ukrainian army was not ready to such turn of events. A major role in the supply of the APU, especially in the first year of aggression, played by volunteers. Now, remembering the situation three years ago, volunteers have noted huge progress. “I remember 2014 when we started. Then in the army almost nothing. And now in the list of mandatory requirements do not exist, boots, uniform, warm clothes. This problem is completely solved,” — said a volunteer of the NGO “Initiative E+” and member of the Board of volunteers at the defense Ministry Valentyna Varava.
This is also the opinion of the coordinator of the volunteer Fund “go live” in 2014-2015 Olga Reshetilova. According to her, in the spring and summer of 2014, all chasing the bullet-proof vests and helmets, tactical goggles, knee pads, high quality NATO form. “We almost cleaned all NATO warehouses of decommissioned equipment. One day Ukrainians from the Diaspora almost got into a fight with a Lebanese, one of the us warehouses because the last batch of forms. Now these needs are closed. Armor, helmets — it’s all there. There “pixely” (form. type “pixel”. — Ed.). Many are dissatisfied with it, but it’s still much better than Dubok (camouflage uniforms, which the army met the war. — Ed.). But every little thing like hygiene products and underwear at the current wages the soldiers already can not afford to buy,” notes Reshetilova.

No problems with food. According to Reshetilovka, volunteers who continue to carry the clothes already “spoiled war”: “I have seen how “volunteer” is lying under my feet in position, the fighters move and twist his nose. There are, of course, cases such as recently in Kruta Balka (village in Yasinovatskiy district, Donetsk region. — Ed.) when mine went straight into the dugout and all personal belongings of the soldiers were burned. But such cases become known in the volunteer community, and the need instantly closed.”

THAT IS NOT ENOUGH. As noted by Olga Reshetilova, fronts still need thermal imagers and night vision devices. “However, we are talking about that “on the GPS would have another Sochi” and not that “we have one camera on the whole company, which is used at a time.” I recently tried to buy a thermal imaging camera of the Ukrainian-Hungarian enterprise “Archer”, but it did not. The company employs a large order of the defense Ministry, and it is very pleasing,” said the volunteer.
According to her, the army also need drones. But not so difficult to find the unit itself, how to train a good operator: “So in some volunteer organizations have teams who conduct Aero investigation of the area by order of the commanders.”

Valentyna Varava also noted that the gunners need a good tactical headphones so as not to go deaf during the shooting. Still the essential means of communication that would not be tapped by the enemy, binoculars high resolution. However, the main problem, according to Valentina, remains the automotive equipment necessary for the evacuation of the wounded from the battlefield.

SAXON FOR THE WOUNDED. The defense Ministry made an inventory of vehicles transferred to the army of volunteers. It turned out that the army are now 1530 cars: 341 the car arrived from the CIS countries, 1189 — from abroad. According to Valentina Varavi were taken into account those cars that “survived” in the front line. By the way, volunteer organization that represents Valentine, drove it into the zone ATO more than 50 vehicles, taking care of the whole procedure — from searching for funds to support transport to the combat zone, not “pressed” in a way.
All in 2014-2015 in Ukraine has sent 34 thousand cars. But the military, according to Valentina Varavi, from this number got barely half. Others were imported by merchants or broken down into parts. Therefore, an inventory of the “charity” of transport initiated by volunteers themselves in order to those people who really helped the front, had no problems with the law and did not pay fines for violation of customs regulations, in some cases reaching 18 thousand hryvnias. “In such a situation found, for example, the Irish, the Ukrainians, who overtook the car and forced them to pay a fine for violations in the distillation of the previous cars. The situation is scandalous: people save the country, and the country punishes them” — said Valentyna Varava.

According to her, it is those machines that surpassed the volunteers, is still mainly used to rescue the wounded. This is directly from the “front” of the people taken away at some armor or just carry on hands.
“But here’s the problem: we need monster trucks with a long wheelbase, together with the orderly to bring the wounded to the road, where it will pick up soon and you will be brought to the nearest hospital,” says Valentina Varava.
She noted that in Ukraine is still underdeveloped tactical medicine. In particular, the defense Ministry approved first aid kits for rendering first medical aid, though present in sufficient quantity, but instead of modern tourniquets to stop bleeding include, for example, legacy a tourniquet Esmarch: “This is the day before yesterday. Doctors say that many amputations were associated with the use of harnesses Esmarch. Was trying to purchase the turnstiles of Ukrainian origin, but they were of poor quality”. 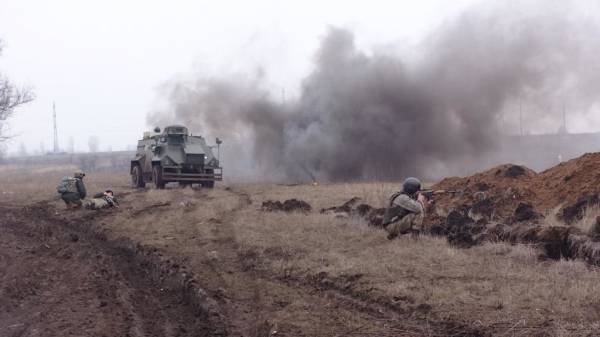 Armored Saxon. Effective only for asphalt, but off-road too heavy

The volunteer said that the government is trying to solve the problem of medivac. For example, to transport the wounded from “the front” was remade armored crawler tractors MTLB. As of 2016, these machines had 44 units, but MTLB have some specific use — they’re uncomfortable to load the wounded. In the end, with the help of MTLB was evacuated only 8% of men.

And finally, Ukrainian producers last autumn, presented the ambulance to evacuate the wounded, built on the basis of the Chinese SUV Great Wall. Jeep had to replace the Russian UAZ, but was designed without regard for the wishes of the military doctors. “The car was “raw”, — says Valentina Varava. — The domestic auto industry, of course, you need to raise, but not in the same way! We made a racket, in which one of the SUVs tested on the asphalt road between Karlovka and Sands. The car was then driven to a field where she has received many comments. First, it is Chinese car — in itself quite unreliable. Secondly, it feels good on pavement and dry dirt roads, but dirt and sand permeability is already low. These comments are now being finalized”.

To evacuate the wounded, by the way, the active use of English armored cars of Saxon. Recall 30 such vehicles, Ministry of defence bought in 2014, to quickly fill the need for armored vehicles. However, Saxon’s also only good for asphalt. “They are wonderful used in Avdeevka, where there is off-road. On the asphalt coating Saxon — a great ambulance. But in off-road conditions it is not effective enough and heavy transport,” — said Valentyna Varava.