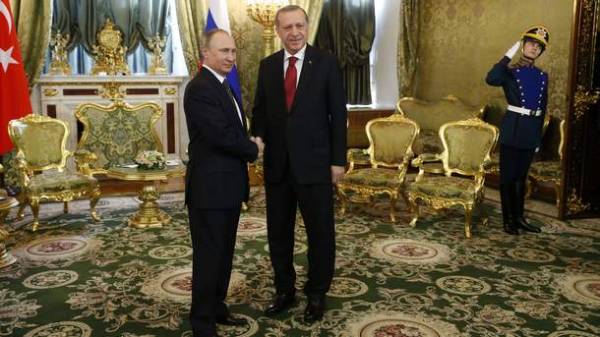 Last week the Netherlands were the chief suppliers the political and often controversial news. Here were the first in the EU in this year’s parliamentary elections, in which right-wing liberal people’s party for freedom and democracy (NPSD), headed by Prime Minister mark Rutte won, but still have fewer seats than before. According to preliminary results of voting published yesterday, the centre-right led by the current Prime Minister get 32 seats in the 150-seat Parliament, as their main rivals – from the ultra-right freedom Party of Geert Wilders, which opposes Ukraine’s European integration – 19 mandates. 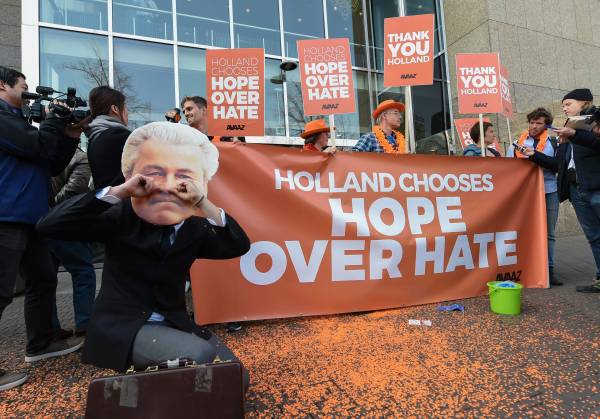 But while the main problem of the Netherlands – Turkey. Britain came to collapse. On Monday evening the bill on the UK’s exit from the European Union, which was the result of the referendum, 23 June 2016, was approved by the house of lords of the British Parliament. Approved without much amendment, which insisted that more recently, but which was rejected by the house of Commons: accommodation in the UK EU citizens on the same terms and submission to Parliament of a draft agreement on the conditions of exit from the EU before signing it so that MPs could Express their concerns or to oblige the government to achieve some other conditions. Prime Minister Theresa may has insisted that both these amendments limit for members of its government room for manoeuvre in the upcoming negotiations with Brussels, which is also not going to sacrifice their own interests. On Sunday, David Davis, the Minister for the issue of a British exit from the EU, and Liam Fox, the British Minister of international trade, acknowledged that the United Kingdom was “ready to script”, which will have to leave the EU, “and did not conclude transactions”, passing under the WTO. “A bad deal would be worse than none at all” — said may. 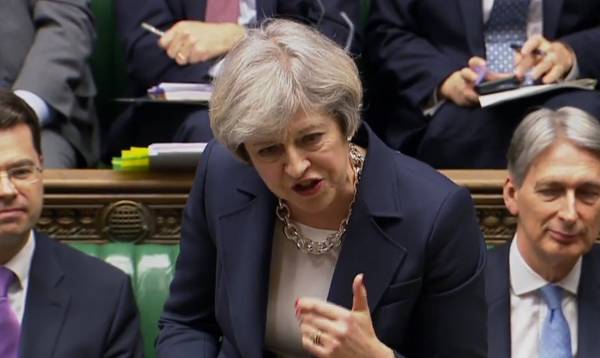 On Tuesday, may said that by the end of March will start the process of “divorce” with the EU: “the Bill, which was passed by both houses of Parliament in the coming days will receive the approval of the Queen. Procedure Brexit will be launched, as mentioned, by the end of the month.” Nevertheless negotiating the terms “divorce” it may take two years, and their full independence from external neighbors UK will recover at least the spring of 2019. Yesterday, Queen Elizabeth II signed a bill to start the process of withdrawal from the European Union.

But still the question in what part of the United Kingdom will leave the EU. On Monday, Scotland’s first Minister Nicola Sturgeon has requested permission of the regional Parliament to hold a repeated referendum on independence because the majority of Scots voted against Brexit and want to stay in the EU. In her words, it is preferable to hold a vote between autumn 2018 and spring 2019 — before London will sever all ties with the EU. Immediately the head of one of the main parties in Northern Ireland, “Sinn FEIN” Michelle O’neill said that in the upcoming Brexit in their administrative territorial unit of the UK should also hold a referendum on independence. It all Theresa may said dryly: “It is a mistake to hold such a vote now”.

The idea of exiting the UK territorial units is not very much, as the official London, and the media. This week the British press was full of warnings: “the Winners in the referendum will not be” (the Times), “Brexit has pushed the United Kingdom to the brink” (Financial Times). And not everyone is convinced that this time the Scots vote for the Union with London. “In 2014, supporters of secession were opposed by such popular figures as JK Rowling and David Bowie. Most of the opponents of separation, and today there are in these same positions, only now they are still anti-Brexit”. They will have to seek a new logic. But not enough for everyone to do it. Now who’s them? Scottish labour are left with a miserable bunch. Among right-wing conservatives, many of those for whom the relations within the EU — not that other, as the relationship of metropolis and colony, and any dissatisfaction they perceive as rebellion. They will not benefit, and they themselves are unlikely to want to provide it. This time, unlike in the past, a lot of people in England are ready to support the aspirations of Scotland to secede,” writes the Times columnist.

Ankara now the honeymoon period in relations with Russia and utopian — in the relations with the EU. Confidence in the confrontation with Brussels, the integration with which Turkey has wanted for the last 40 years, Turkish President Recep Tayyip Erdogan gave his visit to Moscow on March 10. 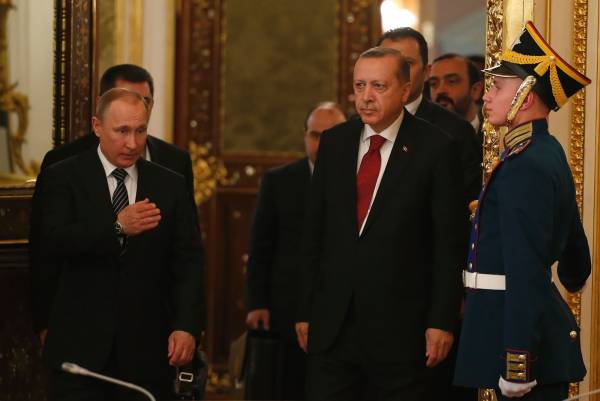 The meeting took place in so warm atmosphere, as if it was not shot down in November 2015, Turks Russian su-24 and murder in December 2016 in Ankara, the Russian Ambassador Andrei Karlov. A Turkish leader took the Ministers of foreign Affairs, energy and natural resources, defence, economy, agriculture, culture and tourism, transport and sea, justice — almost the entire Cabinet. And every Minister got his “cookies” that Putin promised to soon lift the ban on work in Russia Turkish construction companies, Rosselkhoznadzor lifted the ban on the supply of flowers from Turkey, cloves, onions and cabbage (in the doghouse were only tomatoes); the Federal tourism Agency has agreed to organize cruises on the Black sea. Also agree with the end of 2019 to stop the supply of gas from Russia to Turkey via Romania and Bulgaria and redirect everything through the offshore section is still under construction gas pipeline “Turkish stream”. And even, according to the statement by the press Secretary of Russian President Dmitry Peskov, the newspaper “Izvestia”, and discussed the possibility of deliveries to the Ankara anti-aircraft missile systems s-400. However, here the latter is perceived as fiction. “The question of the possible supply to Turkey of Russian systems s-400 is most likely speculation, as in NATO countries such high-tech complexes of the Russian production can not be. In addition, it will look very strange, if Russia will supply Turkey’s anti-missile systems to protect aircraft from the Syrian army of Assad, supported by Russia (and the other enemy aircraft in the region), despite the fact that these same systems are in Syria to protect the army of Bashar al-Assad from aircraft of Turkey”, — said in a blog post for segodnya.ua former Ukrainian Ambassador to Turkey Sergey Korsunsky. But Moscow, for example, nothing prevents at the same time to deliver weapons to Armenia and Azerbaijan, which are military actions for Karabakh.

Departing from Moscow, Erdogan was faced with the fact that the authorities of several EU countries interfere with the conduct of campaign rallies for the strengthening of its powers through a referendum on April 16. Outside of Turkey is home to 5.5 million Turks and only in Germany, there are 1.4 million Turks eligible to vote. The authorities of Germany, Austria and the Netherlands have been cancelled rallies because of security reasons, but the Dutch still banned from performing on them the first foreign Minister of Turkey Mevlut Cavusoglu, and later Minister for family Affairs and social policies of Turkey, Fatima Betul saillant Kaye. Cavusoglu was not allowed to enter the country, and Kaye was escorted to the German border.

In response, Erdogan compared the Netherlands with the “banana Republic”, and demanded from international organizations to impose on that country the sanctions and accused the West of Islamophobia. “I said that Nazism is gone, but I was wrong. Nazism is alive in the West,” said the Turkish President. “This country was bombed during the Second world war. To say this is absolutely unacceptable” — he said Dutch Prime Minister mark Rutte. And noted that Amsterdam will be forced to consider retaliatory steps, if Turkey continues in the same spirit. Meanwhile, Ankara continues to blackmail the EU by breaking the agreement on the admission of refugees in exchange for monetary compensation, but also unilaterally tore up the agreement of twin cities between Istanbul and Rotterdam Dutch.

“To this referendum, Erdogan was preparing for 10 years and now he doesn’t have the votes, so it is important for voters in the EU. Let not campaign rallies, but he arranged a verbal altercation with the West quickly made it to the Turkish hero who stood up for the dignity of the nation, — said us editor of the portal “Ukraine in Arabic” Mohammad Farajallah. — Pre-Cavusoglu was warned not to land, but he flew knowing his plane would not go to jail. This crisis was very much needed to Erdogan, because the idea of European integration, which he promoted, failed, and somehow need to get out of this situation.”