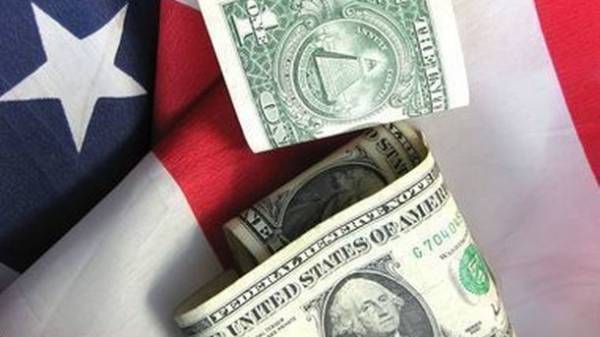 The Federal reserve system (FRS) the USA following the meeting on March 14-15 decided to raise the target range of interest rates on Federal loan funds (federal funds rate) by 0.25 percentage points to 0.75-1% per annum, said in a communique on the results of the March meeting of the Federal open market Committee (FOMC).

The decision coincided with the expectations of the vast majority of economists and market participants.

The decision to lift rates was taken unanimously by all members of the FOMC other than the Chairman of the Federal reserve Bank (FRB) of Minneapolis Neil Kashkari, who voted to maintain rates.

In the FOMC statement noted that inflation in the US moving towards the target of 2%, and short-term risks to the US economy are balanced.

“Information received since the February FOMC meeting, highlighting the continuing strengthening of labor market and moderate growth in economic activity”, – said in a communique.

“Consumer spending continued to grow at a moderate pace, while business investment in fixed capital was higher”, – noted in the fed. In the previous communiqué, the investment growth of the business was assessed as weak.

“Inflation has accelerated in recent quarters and approached the long-term target of the FOMC is 2%. Thus, excluding energy prices and food inflation changed little and remains below 2%, – stated in the message of the FOMC. – Market indicators of inflation compensation remains low, most indices of longer-term inflation expectations generally little changed in recent months and are balanced”.

“The responsibility of the FOMC is to promote the maximum employment of the population and price stability. Currently, the Committee expects that, with the gradual adjustment of the monetary policy stance economic activity will continue to increase at a moderate pace and labor market indicators will be strengthened, and inflation stabiliziruemost at around 2 percent,” – said in a communiqué.

“Based on past and anticipated conditions in the labor market and inflation, the Committee took the decision to raise the target range for interest rates on Federal loan funds up to 0.75-1%. The monetary policy remains stimulating, supporting some improvement in conditions on the labour market in the future and a return to 2% inflation”, – said the fed.

“In determining the timing and size of future adjustments to target range of interest rates on Federal loan funds, the Committee will assess how the already implemented and expected economic conditions compared to targets: maximum employment and inflation of 2%. This assessment will consider a wide range of information, including indicators of conditions in the labour market, indicators of inflationary pressures and inflation expectations and data on changes in financial and international conditions,” promises fed.

“The Committee will closely monitor the actual and anticipated progress in the direction of the target level. The fed expects that the nature of the changes in economic conditions will give rise to a gradual increase in interest rates. For some time the interest rate will probably remain below the level that would prevail in the long run. However, the actual trajectory of change in interest rates will depend on economic Outlook based on incoming data,” explains the Federal reserve.

“The Committee preserves the existing policy of reinvesting proceeds from bonds and mortgage-backed securities Federal agencies mortgage securities of Federal agencies and the extension of close-to-maturity Treasury securities by perelozhenie at the auction and intends to do this as long as the normalization of interest rates will not go full speed. This policy preserves the attachments of the fed in securities with longer maturity at a significant level, should support a growth-financial conditions,” reports the fed.

According to prominent investor, bill gross, the tone of the us fed, coupled with the lack of significant changes in macroeconomic projections, was less hawkish than feared market participants.

The dollar has accelerated the decline against major world currencies on the outcome of the fed meeting. The Euro/dollar is traded at $1,0698 compared to $1,0648 before the meeting, the U.S. dollar exchange rate to yen has fallen to 113,72 114,38 the yen with the yen.