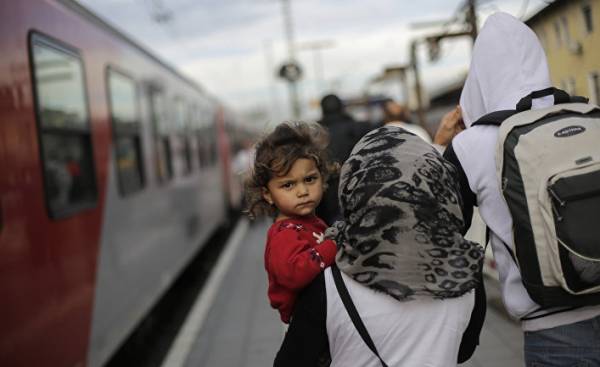 Today the rise in Europe racism, xenophobia, Islamophobia was all put together in turkophobia. To think that Europeans are concerned about the Muslims coming from any country, not quite right, because, in their opinion, dangerous only Muslim-Turks. Why? It is well known that people whose ancestors were during the colonial era, first brought to the European continent as slaves primarily from the Muslim colonies, and later sent here to cover the manpower shortage, make up a significant part of the population in virtually every European country. With these people, Europeans live more than a century and almost did not encounter any problems.

Why this issue becomes a problem when it comes to Turks? Especially the Germans carefully studied labor migration, which began more than half a century ago, and conducted a lot of research. In Germany, the institutes were created devoted solely to this topic. The purpose of this research, although it is not openly called “assimilation” of the Turks. The German authorities certainly do not expect such a process of assimilation of first-generation Turkish migrants. But when they saw that the second and third generation, i.e. the generation born in Germany, also not assimiliate, they sounded the alarm.

Initially, the research work in this area began to attract Turks because I thought that working in these institutions to the Germans who are alien to Turkish culture, are mistaken in their reasoning. Nevertheless, the results remained the same. Studies on the fourth and fifth generation, also come to a disappointing conclusion. The Turks not only “germanytitle”, they create a new world and try to implement your style and way of life in German society, the life of cities, the economy, education and so on.

Of course, studies evaluating this issue, was held not only in Germany and in every European country where mass live the Turks, but was obtained about the same results. Why there is such situation? First, you need to pay attention to the following point: Turks abroad have developed an unprecedented sense of cohesion. Within this unity, one should not speak only about religious organizations, but also about some new organizational form focused on solving problems through mutual support in different spheres — from religion, the need which exists for the preservation of its own lifestyle, to education and the economy. Another source of the spirit of unity / awareness of identity is that the idea, which represents the ideological position of the Turks living there and organize their life is “thoracocentesis” performance.

The third important feature is that the fertility rate among European Turks are far higher than in the countries in which they live. As the population grows based on every family and strengthening family solidarity. The new generation find in the German education system, professional life opportunities that they want to turn into factors of social mobility.

It should be noted that in the backdrop of these developments in Europe developments in Turkey, stronger echo abroad. For example, a primitive level of services that previously could offer the Turks, working in the sector of air transport, at customs, is now in the past.

Henceforth, the presence of Turkish entrepreneurs in the international markets, achieving tangible results in the process of economic development, improve consumer capabilities — all this led to the fact that the European Turks have become much more confident and even stronger believe in their country.

It is also worth mentioning here about two popular cultural events, without which our analysis would be incomplete. First, when the Turkish mass-media on the background of the information and communications revolution became available throughout Europe, “thoracocentesis” the ideology of European Turks received nourishment. Second, encouraging developments are taking place in many other fields, from science (especially the Nobel prize) to business and sports. In the result, the Turks have become an eyesore to the Europeans, and herein lies the source of turkophobia.