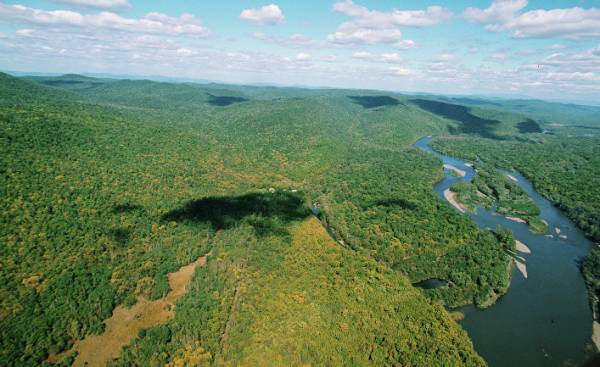 In 2008, Russia and China settled territorial problem associated with the island of Big Ussuri. In their half and around China is heavily invested in the tourism industry. China is rapidly developing infrastructure: in 2012, was built a suspension bridge to the island to be able to reach by car.

Fuyuan County, Heilongjiang province, which includes the island, is located on the Eastern border of China. Summer island, which managed to restore the sovereignty, is visited by a large number of tourists, but in winter, almost no tourists due to unusually cold weather. To make the island a place of international tourism, it is necessary to solve many problems. Now, foreigners have to apply in advance and so on.

“I wanted to see the return of territories, so I came here,” — shares her impressions a student who came to the island from Fujian province and stayed at a modest hotel, the price is 60 yuan per night.

Locals are hoping that tourism will contribute to the revival of the region, however, there are cases when the temperature falls below minus 30 degrees. In winter, when the sun sets at about 16 hours, the island can be seen only rare hikers.

In January of this year I tried to go to the island by car. Soldier standing at a pass point, demanded to see the passport. “To get to the island, the Japanese need to apply in advance”, — he said.

The island is the construction of various tourist places: near the border with Russia built a pagoda in Chinese style. However, the head of China, XI Jinping, visited the island in may last year, ordered to monitor the protection of nature, which is contrary to the program of active development of the island.

At the same time in the vicinity of Fuyuan is the construction of various institutions designed to foster trade and tourism relations with Russia. According to the Chinese media, is a colossal project: the total investment will amount to about seven billion yuan. However, local residents are very sceptical: they believe that the construction of large establishments in such a remote area will not bring profits.