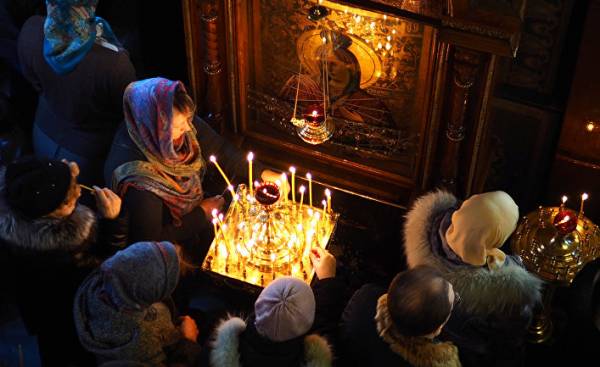 In Soviet times, the Communist government promoted a strict form of atheism, and persecuted believers. In modern Russia, the opposite occurs: the government promotes strict Orthodox doctrine, and uses the judicial system to silence the mouths of unbelievers and dissenters from the views of the Orthodox Church.

Russian President Vladimir Putin has long joined forces with the more militant Russian Orthodox Church (ROC) to protect “traditional values” domestically and abroad. Supporting Church doctrine in the interpretation of the Moscow Patriarchate, representatives of the Russian government actively ensures the implementation of the 2013 law that criminalizes “public actions expressing clear disrespect for society and committed to insult the religious feelings of believers”.

In February, the issue finally drew the attention of the American press. In his article in the publication Politico mark Bennett spoke about the police raids against people who have achieved the cancellation of the construction of a new Orthodox Church in one of the most popular parks in Moscow. The article also mentioned the case of Viktor Krasnov, appeared in court for the fact that during the discussion on the Internet said that “there is no God”, and Ruslan Sokolsky, got on a dock for the set in a provocative YouTube video where he plays in the Church in the popular game Pokémon GO.

The amendment of article No. 148 of the criminal code, prescribing punishment for words and actions that can be interpreted as offensive towards believers, were adopted after the act carried out by the punk group Pussy Riot in the beginning of 2012 in the Cathedral of Christ the Savior in Moscow.

In 2013, during the discussion of amendments, one of my Russian friends have published on Facebook the following question: “And who will protect the feelings of atheists”. Methods that provide the implementation of the law, are a clear response: the rights of unbelievers as well as believers with an open mind, not protected. The case of Sergey Chapin emphasizes the vulnerable position of believers who disagree with the official policy of the Church. Chaplin was dismissed from the post of managing editor of the “Journal of the Moscow Patriarchate” for the criticism against the Russian Orthodox Church, became, in his words, “the Church of the Empire.”

Laws such as article No. 148 making society more closed and are a step in the direction that proponents of the liberal theory is called the tyranny of the majority.

After the adoption of the amendment of article No. 148, I wrote an analytical article, noting that in many democratic States have various laws prohibiting blasphemy and insulting the feelings of believers. But looking back, I think I should’ve paid more attention to a very important aspect: some of these laws — as, for example, in Germany, are designed to protect religious minorities. Meanwhile, in Russia the law is used to protect the majority from criticism in the minority.

Very worthwhile scientific article on this issue is an article titled “the Pussy Riot Case and the peculiarities of Russian post-secularism”, written by my friend and colleague, the Russian sociologist Dmitry Uzlaner.

Uslaner claims that in Russia “the”punk prayer” hung up the border between the religious/sacred and secular/profane. Where will be the new frontier, is unclear, but the Russian government, positioning himself as a defender of “traditional values”, took on the role of the arbitrator, who shall draw the border.

Christopher Stroop, an analyst specializing in religious questions in Eurasia. He is now engaged in postdoctoral research at the University of South Florida. Graduated from Stanford University with a PhD in Russian history and interdisciplinary Humanities research. 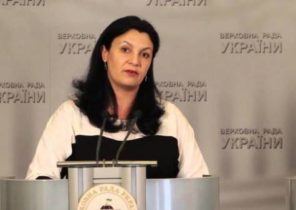