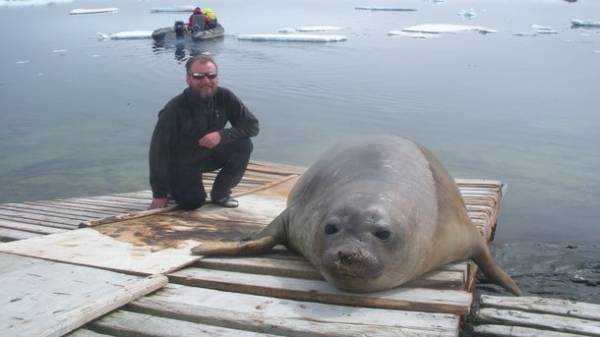 Two weeks later, Ukraine will be sent to Antarctica the 22nd on account of a scientific expedition. To replace the old winterers going 12 new. Now they are taught to write notes, to fend off the penguins and even bake cakes. “Today,” visited the training center explorers, and looked, as is training.

CHOLERIC AND GEOLOGISTS. Institution where boys learn to conquer the ice, located in the village Town of Zhytomyr region. We found future explorers in the classroom for psychological preparation, because they have a whole year to work hand-in-hand in an isolated community. At their desks, the men pored over another test.

“In Antarctica the hardest to adapt to the melancholic and choleric. It is easier phlegmatic and sanguine”, — told the “Today” psychologist of the center of Elena Miroshnichenko. 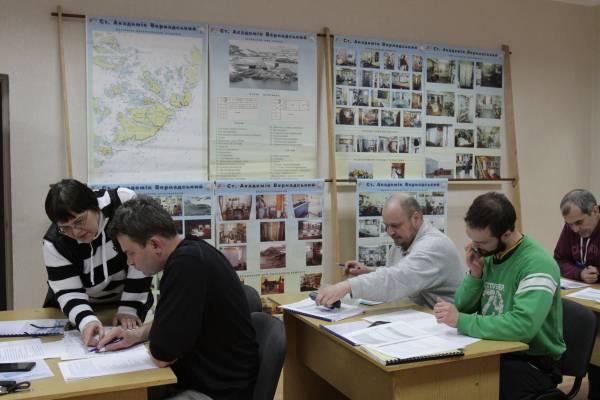 Psychological tests. Polar explorers need to work together for a year. Photo By V. Lazebnik

The centre’s teachers say that one of the main disciplines — security. “For example, learn to correctly jump into the boat (to avoid becoming a victim of whales and orcas), careful with the penguins — do not come close, not to play with them (they can kick beak to break an arm). And leaving the station in anticipation of bad weather, it is important to always leave a note with the exact route, in the event that colleagues make it easier to find the lost,” — says the curator of the training of polar explorers Evgeniy Moyseenko. 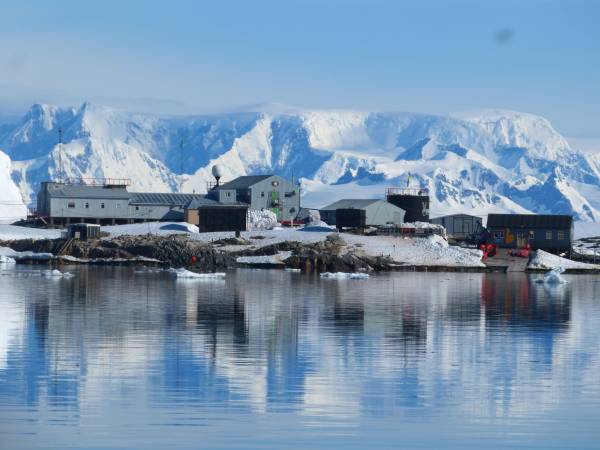 Leaving the station you need to leave a note

Also, according to him, cooks are tested for speed and “calorie”. “Check how quickly he could prepare the dish with the desired number of calories. By the way, the chef must know how to bake cakes — no holiday on the pole is not complete without them,” said Moyseyenko.

In the center of everything is quite modest. “We don’t have enough of either training models or even your building. The room rent. Ideally, we would like to do on an Antarctic station in miniature,” says Moyseenko. In the Antarctic centre saying that raised the issue of low financing. “But until those issues are resolved. Perhaps because of the General situation in the country”, — said the press Secretary of Vladimir Bochkarev. 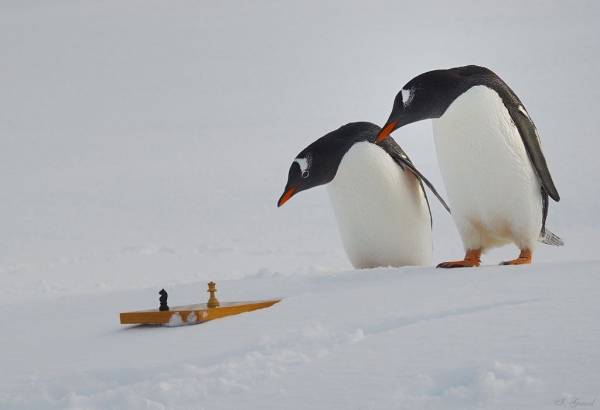 Birds love to explore things the members of the expedition

BIRD-THIEVES. The old sailors talking about the informal rules, who teach beginners: “Birds love to steal hats, ripping off their head, and in the period of the birth of Chicks can attack for no reason, so for the defense it is better to carry a stick.”

A lot of problems in the training of polar explorers delivers a “female” factor. “There were times when the men at the last moment have abandoned the expedition owing to the prospect of a year to live without the woman he loved. It happened that his wife was not released. Easier with the motivation of bachelors — they want to test themselves,” says psychologist Miroshnichenko.