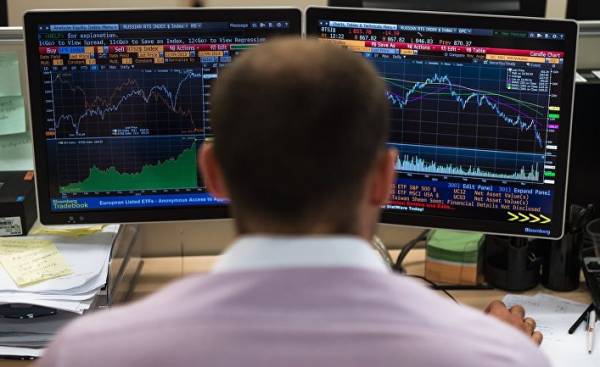 Investors in the field of debt waiting for troubled times. In the midst of all this euphoria caused by trumpalaikei, traditionally a peace-loving heads of the Federal reserve suddenly become “hawks”. It’s not just about repeated increase in rates this year, given their prices on the market, but also invaded the sacrosanct territory before agreeing to a reduction of debt amounting to 4.5 trillion dollars.

If you will take the next step, and the USA will abandon unconventional monetary policy, it will lead to further tightening of financial conditions. In this regard, increases the risk that a long era of peace in the global bond market dramatically and quickly over. One of the first lessons of Economics is that money is fungible and that their purpose can be changed. Global investors in the field of debt have adapted this idea of interchangeability of quantitative easing. Basically they do not care what the Central Bank buys securities, the main thing is that the balance of a certain Bank increasing. Add to that efforts to mitigate and you will get $ 200 billion or so monthly. It will be interchangeable with money, in order to keep vivacity of spirit.

But the high expectations of investors does not end there, for here comes into play another basic principle of Economics — the law of supply and demand. Low for 5 thousand years yield bonds also reflects the belief that because of the purchases of debt by Central banks the offer disappears.

Therefore, it is difficult to imagine how global investors on the debt market can remain calm when those conditions disappear, on the basis of which they have in recent years bought these expensive securities. If the fed believes that the global offer debt can be allowed to grow up again, then what is to prevent other Central banks to follow suit?

More worrying is the fact that inflation data ensures the tightening of liquidity after the decrease of price pressure for several years. The consumer price index in the United States — the highest in five years and is 2.5%. Even “core,” which excludes prices for food and energy, last year was 2.3%.

The head of the European Central Bank Mario Draghi (Mario Draghi) is experiencing less pressure, as consumer inflation in the Euro area rose to 2%, and the base remained unchanged at 0.9%. But by themselves these data would not weaken the tension that exists between the Germans, you want to reduce the purchase of bonds, the ECB, and the peripheral Eurozone economies that benefit from conservation incentives. Because of the increased cost of oil import prices in Germany jumped by 6%, and this was the highest figure since may 2011.

These data gave Draghi the reason for the meeting of the ECB on Tuesday to announce the need for phasing out of quantitative easing. The behavior of stock prices in recent times suggests that investors do not believe the promises of politicians to carry out his threats, and seriously tighten up to such an extent that the stock market began a correction. Rather, investors will withdraw their money from bonds, putting them into action. While this is occurring. In late December, chief economist at Deutsche Bank in international markets Torsten Slok (Torsten Slok) noted that by December 20 in response to the increase in the return of debt investors in six weeks, withdrew from the world bond market three trillion dollars, investing the same amount in stocks.

It’s only been a few months, and what a difference in behavior! In August 2016, the amount of bonds with a negative yield reached 13.4 trillion dollars, and it happened at a time when quantitative easing has moved into a higher gear.

If the fed next week will have hinted that can go to reduce the balance, investors will need to fasten the seat belts in case if the bond market with its stunning 36-year-old rising suddenly hum brakes.

Daniel Dimartino Booth, a former Advisor to the Federal reserve Bank of Dallas and author of Fed Up: An Insider”s Take on Why the Federal Reserve is Bad for America (Tired, or the opinion of an insider on why the fed is bad for America).