In the center of Kiev marching dressed in military uniform by the activists, nationalists, form old and worn.

Most people prefer to stay away from the center away, not in a hurry to shop: waiting for the demonstrators go home. More than 6 thousand police officers on duty, they block the road and check with the metal detector everyone who wants to get into the centre.

“Blockade”, but they are well organized.

“We are tired of what the oligarchs profit from war, while killing our comrades,” says dressed in a soldier’s uniform protester casual tourists who are interested in what’s going on.

Now tensions escalate as Ukrainian nationalists and Russian-backed rebels each on their side.

The result may be a long split in Ukraine.

The war entered a new, dangerous and uncontrollable phase, which can have quite dramatic consequences.

“Coal war” is more effective than bombs and grenades

Five weeks ago, nationalist groups, and war veterans, together, stopped the movement of trains with coal from the breakaway republics.

While the blockade is limited only by freight trains with coal from the proclaimed independence of the republics.

Last weekend, the nationalists and veterans warned that will stop the movement of freight trains on all major railway lines between the Ukraine and Russia.

“We have for several months been planning how to effectively control eight major border crossings, through which he is dealing with Putin’s Russia”, — said the nationalist.

They call themselves “veterans of the war of independence” and “Ukrainian patriots”.

A great paradox of the Ukrainian war

The organizers used one of the paradoxes of the conflict in Ukraine, which is really surprising.

The coal supplied from the mines located in districts controlled by the rebels, Ukrainian oligarchs ensures huge profits.

Simultaneously, the supply of coal that bring money to the Treasury of Russian-backed rebels and their commanders, tax revenues in Ukraine and employ over 75 thousand Ukrainians.

New figures show that, despite the three years of war, Russia — a country that invests in Ukraine most of all. In 2016, Russia has invested in the country 14 billion kroons, that is 38% of foreign investment.

The blockade has led to the fact that the Kiev government declared a state of emergency in the energy sector.

On the other hand, Ukraine could survive the winter without buying Russian oil and gas, and three years ago it would have been absolutely unthinkable.

The breakaway Republic is more closely tied to Russia

“We stop all relations with Ukraine, with which we are at war,” said the rebel leader Alexander Zakharchenko on Saturday.

“Yes, we sold the coal to get money to pay salaries. But because we have learned to live under blockade, we’re now starting our own blockade,” said the notorious rebel leader, who has previously made no secret that his goal is to take Kiev.

On the eve of last weekend when separatists “nationalized” 40 mines, factories and companies they used the embargo as justification.

In early February, Russia chose to recognize the documents certifying the identity of the rebels, like passports.

On March 1, the ruble is the only official currency in Ukraine’s Eastern regions controlled by the rebels.

New television transmitters must ensure that Russian propaganda TV reached a population in the depths of Ukraine.

200 thousand people in the rebel-controlled regions last week lost mobile, when armed men took control of the offices of the company Ukrtelecom in the East of Ukraine.

Now residents are forced to use the services of Russian operators of mobile communication, this means that to call relatives and friends in Ukraine is now expensive and difficult.

Meanwhile, the daily fighting along the front lines, where the trenches are about 130 thousand soldiers, continue.

Independent observers from the Organization for security and cooperation in Europe OSCE reported that both sides were violating the truce on a daily basis.

The danger of a split in Kiev

The EU has called on Ukrainian President Petro Poroshenko to end the blockade, in particular because it jeopardizes the implementation of all Minsk agreements.

The problem with Poroshenko is that he runs the risk of a deep split in society, and that the participants can take up arms, if he would use force against the veterans, which in Ukraine are treated as heroes.

“Blockade leads to the destruction of our state,” said last week Prime Minister Vladimir Groisman. He said that Ukraine is losing many millions of euros in tax revenues.

“Directly or indirectly, but the blockade serves the interests of Russia.”

However, the supporters of the blockade have the support of the few groups that formed an important part of the fragile political majority Poroshenko.

“We are proud that the blockade has on the wallets of the occupants,” said semen Semenchenko, one of the most famous veterans of the war in Ukraine and a representative of the nationalist party “Samopomich”.

“The truth is that nobody knows who is behind the protesters”, writes Radio Free Europe. They believe that the coal war is, in particular, and a manifestation of the ongoing conflict between the Ukrainian oligarchs. 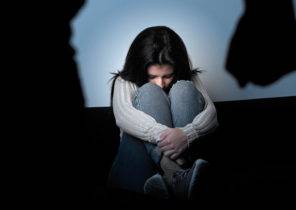