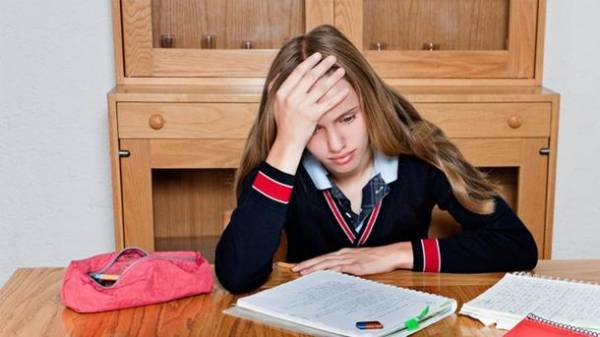 Ukrainian applicants will be able to submit nine applications for four specialties. Admission to Junior specialist and bachelor will be. According to the rules of the entrance campaign-2017 budget places quota will be retained for beneficiaries and Crimeans.

The exam will replace the external independent testing

The state final examination for 11th-graders will be in the format of UPE. The test results on the Ukrainian language, mathematics or history of Ukraine and one subject to choose graduate (foreign language, geography, physics, biology, chemistry) will count as a state exam. Evaluation of UPE in these subjects will go into the certificate.

Budget places will be greater in those schools that prefer applicants with high scores mcqs. Thus, universities that have fully complied with the procurement in 2016, will be able to increase the number of budget places 10%, other institutions of higher education will focus on the maximum volume of 2016.

The Ministry of education have also reduced the number of applicationsthat an applicant may apply to the universities, from 15 to nine to four specialties. Director of higher education Department MES of Ukraine Oleg Sharov explains, so they focus on specific occupations. Worth noting: colleges will determine the minimum score for admission.

Entering the magistracy on a speciality “the Right” in 2017 will have to pass the EIT. In 2016 it was launched in experimental mode. According to Sharov, in the future independent external evaluation may appear when postuplenii at the masters and other majors.

“In 2016 in a pilot phase in nine universities graduate admissions for the school of law was conducted with the use of technology EIT. In 2017 it will be done for all universities, that is connected with particular social, economic and public importance of training lawyers in Ukraine. People with insufficient legal training must not get into the masters,” – says Oleg Sharov.

Who will receive benefits for admission

And in 2016, this year there is no right to non-competitive admission. For students with disabilities, orphans and children of combatants in the Donbass, and coming from the Crimea and Donbas, the Ministry of education sets quotas.

In 2017, there would be five quotas. The first 10% of the state order for orphans, those who due to health cannot take EIT and combatants. In higher educational institutions of Donetsk and Lugansk regions, the quota is 30%. The second quota of 20% for the immigrants who left the occupied Crimea after January 1, 2017, but it works only in private universities, on the basis of which operate education centers “Crimea-Ukraine”. Such centers in Ukraine 12. The third quota may be imposed only in the municipal institutions of higher education – their little in Ukraine. It applies to residents of the respective territorial community, which funds the training of specialists from the local region. The fourth and fifth quota apply to international students on international obligations.

The selection of the remaining applicants will be on the competitive level, which consists of:

“There is a list of specialties, which are additional points for the preparatory courses at universities. We are looking for any specialty there is a sufficiently large set of contract. From this list in 2017 with bachelor degrees removed, added ecology and landscape gardening economy”, – explains Oleg Sharov.

Date of the entrance campaign-2017

Like last year, applications for the undergraduate will be completely in electronic form, including external students. Check the electronic offices of applicants will begin June 29 and end on July 25 ez.osvitavsim.org.ua. Itself the registration of applications will begin July 12 and end on July 26. While applying to the universities, applicants will need to specify the priority of these applications from one to nine. For applicants who come for interview, entrance exam or audition, submission of documents will last until July 20. Creative contests in higher educational institutions will hold from 17 to 26 July, entrance exam s – 21 to 26 July.

Ranking lists for admission will publish on 1 August. To 5 the number of applicants recommended for admission must submit the original documents. Two days later, August 7 – universities will announce the lists of new students on a budget, on a contract training – until September 30. At the same time in 2017 will be only one wave of enrollment, rather than three due to the applicants of the priority applications. The rejection of the second and third waves will allow you to enroll beneficiaries into vacant in the competition for budget places, says Balls. For specialties that are difficult to recruit students, the list to be “tightened” after beneficiaries enroll.

For those who would act on the basis of the Junior specialist diploma, the submission of documents will last until July 24 and the entrance examinations will be held from 25 to 31 July. 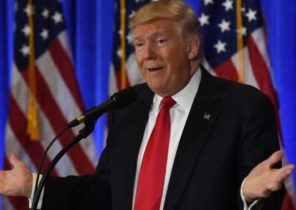