Prime Minister of Ukraine Vladimir Groisman said that the government intends to do everything in order to prevent further outages in avdeevke (Donetsk region), but the actions of the militants can not be predicted.

“We will do everything in order to sustain life and to prevent the possibility of blackouts, but we won’t be able to predict the actions of the Russian militants, because they at any moment can hit the power facilities,” – said the TV channel “inter” on Sunday.

The Prime Minister said that electricity supply of the city restored in full.

“I would also like to thank the whole country for humanitarian support, for sympathy, because the cargo of food, all the other things were driving from all over the country,” he said.

Groysman stressed that now the main goal is the restoration of normal life in the town, given the threats of new attacks. 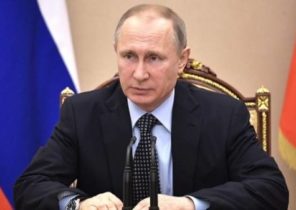