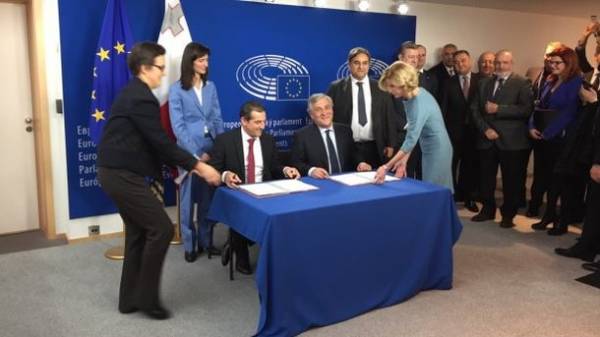 Today in Brussels representatives of the European Union signed a document on the abolition of visas for Georgian citizens. It is reported in Twitter of the Brussels journalist “Radio Liberty” Rikard Jozwiak, post a photo of the signing ceremony.

The signing of the document on visa liberalization between the EU and Georgia was attended by the President of the European Parliament Antonio Tajani and the presidency of the EU, Malta’s Chris Agius. 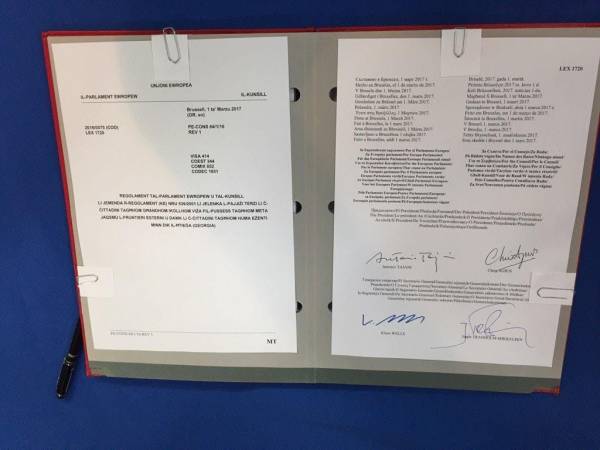 Note that historical for Georgia, the signing ceremony was attended by the Rapporteur on this issue, the MEP Maria Gabriel.

Now the visa-free regime for Georgia with the EU will enter into force 20 days after its publication in the official journal of the EU. Citizens of Georgia can enter the EU for a period of 90 days within a 180-day period.

We will remind, on 27 February, the EU Council approved the liberalization of the visa regime for Georgia.