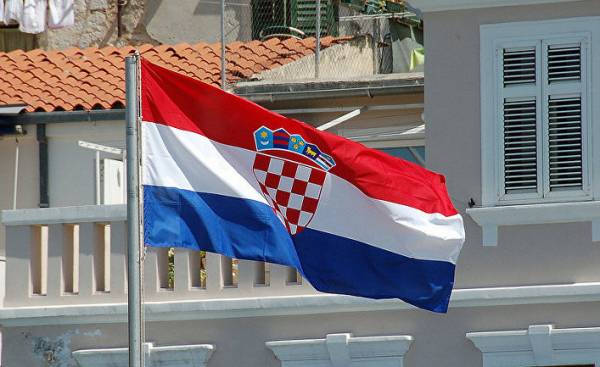 It’s been 25 years since then, as Russia recognized the independence of the Republic of Croatia. Russian Ambassador talks for the first time about the dramatic events that preceded the storming of the government building.

17 Feb 2017 marks 25 years since Russia recognized the independence of Croatia. Throughout this difficult period, full of rapid changes and complex problems, in a constructive and positive direction in relations between our countries and peoples has remained unchanged.

One of the events that defined our relationship, occurred in early November 1991, when the capital of the Republic of Croatia was under threat of bombing. Thanks to deserters from the Yugoslav people’s army (JNA) and listening to the talks of the staff of the Supreme command in Belgrade, the Croatian leadership learned in time about the planned attack on Zagreb and the large industrial facilities of the country. Since the US and the West has taken a rigid stance and supported the integrity of Yugoslavia, believing that all actions are legitimate JNA and Croatian leadership asked for help to Moscow. Thanks to prompt actions of our country and the treatment of Mikhail Gorbachev to the leadership of Yugoslavia and the Yugoslav people’s army the sixth of November 1991 with a call to refrain from use of force Zagreb has been saved from destruction and numerous victims among the civilian population.

The most important days

It was the Soviet leadership in November 1991 in Moscow organized the only meeting of the leaders of the disintegrating Yugoslavia. At the end of the talks a statement was made that included the following conclusions: “First. Must be an immediate halt of all armed clashes. Second. For months the top leaders of Croatia and Serbia begin the negotiation process on all matters which are the subject of disagreements and contradictions, and do it in the interest of the peoples of Yugoslavia. These negotiations should be based on respect for the sovereignty of peoples and equality of the republics of Serbia and Croatia to ensure a lasting peace and good neighborly relations between Serbia and Croatia”. However, the Republic de facto recognized separate “neighboring” entities.

Unfortunately, the collapse of the Soviet Union and the subsequent events prevented the further participation of Russia in conflict settlement in Yugoslavia. The initiative in this question proceeded to the West, and war, which became one of the bloodiest in the history of modern Europe, could not be avoided.

At the same time, Russia has continued to provide assistance to Croatia as possible. It is no secret that Russian aircraft broke through the air blockade of Croatia during the conflict. The last plane to Zagreb until the beginning of the siege and the first after it was Russian. It is known that during the conflict in the former Yugoslavia, the Russian military dare to deliver international humanitarian aid in the most intense sectors of the front. The actions of the Russian peacekeeping forces in that period deserve the highest praise.

Over the past 25 years, Russia has made efforts to build win-win cooperation with Croatia. Over the years, according to official figures, we have invested in the Croatian economy more than $ 600 million (which is 12 times more than USA). If you evaluate the Russian capital, which came through the European company (often this was done in order to avoid some legal problems), then the sum will be several times more. The exchange of goods between our countries reached three billion dollars a year, and the year before the sanctions amounted to $ 2.1 billion (that’s twice the turnover of Croatia with the United States, the Baltic countries, Poland and Ukraine together). The development of the Croatian economy is largely contributed to the capital of the Bank of Russia. For example, an extension of one only of the company Agrokor Russian Sberbank granted a loan of over one billion euros. Since 1993, the shipyards in Rijeka, Pula, split and Trogir for Russia built 50 ships with a total value of more than 1.5 billion euros. And all this contributed to the creation of new jobs and investment in the future of the country.

Because of its historical ties between the two Nations, relations which, without exaggeration, centuries, successfully implemented projects in the sphere of culture. Just last year, Croatia was visited by the brightest stars of Russian ballet from St. Petersburg, as well as numerous musical and theatrical groups. In 2017 Moscow, on the occasion of the 25th anniversary of the establishment of diplomatic relations took the initiative to call in honor of Zagreb, one of his areas. At the moment this project is at a coordination stage. In this area it is planned to erect a monument to the Croatian theologian Yuri Krizhanich, who for many years lived in Russia and who was one of the few who knew the importance of the struggle for Slavic unity.

Russia has become closer and for Croatian tourists. Last year in addition to regular flight Zagreb-Moscow opened additional flight Zagreb-Saint Petersburg. Now three hours you can fly to one of the most beautiful cities of Russia, which ranks among the cheapest tourist destinations in the world. For this purpose, a simplified procedure of visa: Croatian tourist enough to have a passport, insurance and a copy of tourist voucher of some form, which may be issued by the majority of Russian hotels and travel agencies.

And yet today we see, despite all the positive aspects of our bilateral relations that the official Croatia in the European Union supports the anti-Russian sanctions, sending its military forces composed of NATO troops to our borders, is unacceptable for us to stand on the issue of the Donbas and Crimea, repeating unfounded allegations that Russia is waging a hybrid war, destabilizie the Balkans, as well as in other matters, the responsibility for which, in our opinion, lies with the West. We see the focus of political attention — and with it the Russian investment is moved from Croatia to its neighbors, some of whom are also members of the European Union and NATO. Unfortunately, today the Russian-Croatian trade turnover is declining. In addition, the limited cooperation in the field of investment.

Despite the fact that today our relations can hardly be called prosperous, we remain true to our principles: we are open for partnership, cooperation and friendship with those who are willing to be friends with us and cooperate with us. Unlike many of our Western partners, we do not seek to control others and impose their own rules and decisions — we are ready to take joint action to ensure international security and stability, to participate in the maintenance of peace and economic prosperity of Europe and the world.

If the Croatian government shows political will, Russia is ready to further comprehensive development of mutually beneficial and constructive cooperation between our countries. Today, however, the “ball” in this matter — on the Croatian side.