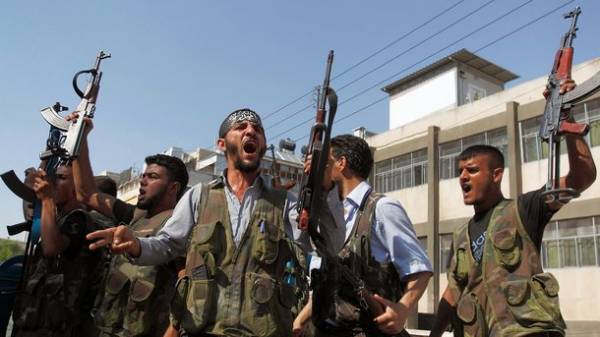 Turkey-backed Syrian rebels said about taking full control of the town of al-Bab in Northern Syria, which previously was fully under the power of the terrorist group “Islamic state”. About it reports AFP.

The rebels managed to seize the city after several weeks of fighting with the Islamists. “We declare that al-Bab is fully released, and now we will clear residential neighborhoods”, – said the commander of the rebel groups.

Commanders of two other rebel groups in the town also confirmed this information. On the capture of the city was also told Turkish state news Agency Anadolu.

But the Syrian Observatory for human rights said that the ISIS militants are still present in several areas and rebels control less than half of the city.
The city of al-Bab in Aleppo province is 25 km from the Turkish border and was the last key Bastion of ISIS in Northern Syria.

As reported, a Russian fighter jet “accidentally” bombed by the Turkish military, who support the Syrian opposition near the Syrian city of al-Bab.