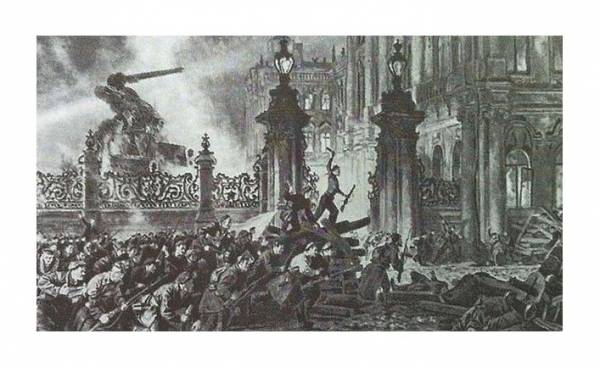 The first units composed of ethnic Czechs and Slovaks began to be formed in the territory of the Russian Empire immediately after the start of the great war — that is, in 1914. What motives forced these people to fight in the ranks of the Russian army against the Austrian and German forces? As reflected in the fate of the Czechs, the Russian revolution of 1917? With these questions, “Radio Prague” asked the historian, researcher of the Institute of T. G. Masaryk to Vratislav Doubek.

“We should not forget that the word “Legion” appeared after the war, before they are simply called volunteers. However, the role of these groups was very important in the context of the activities of the Czech emigration beyond Austria-Hungary which didn’t know on whom to rely, with whom it could cooperate. In Europe, it was difficult to ensure that the political ideas of Czechs and Slovaks perceived as a separate, independent, non-Austrian program. Then it was something completely new. Although the political development of these peoples was high, they did not have one that had the poles, Hungarians, Russians — not politicians-immigrants, expresses an independent position.”

Going abroad in search of political support, T. G. Masaryk and other Czech public figures sought support primarily from their countrymen, reminds Vratislav Doubek. They turned to the Americans, the French, subjects of the Russian Empire, who had Czech roots, worked with them, tried to get financial assistance, however, understood that the demonstration of military force would look much more convincing…

“It was the countrymen who participated in the fighting in the ranks of the Russian or French armies to fight with a certain “Bohemian”. So in 1914, the Czech squad. They were volunteers — Russian citizens with Czech and Slovak roots, who joined the Russian army. They very well knew Czech and German, and from them had formed independent units — they were used as scouts scattered throughout the front.”

It is with them began to work the Czechoslovak national Committee and its President T. G. Masaryk. In 1916, while still in London, he issued a Memorandum “five to twelve”, which indicates that it is time to closely reflect on the goals that will achieve world war.

“Masaryk did not want the war ended too quickly, just a diplomatic agreement. The Memorandum urges that the Entente troops destroyed Austria-Hungary on the battlefield, to the end of the war was the complete destruction of the Empire and victory over the German troops. Masaryk calls for greater military action. Since then, the program Committee will support the Czechoslovak troops — Legionnaires-volunteers. At the same time it is very important is the role of Russia and the Czechoslovak volunteers in the Russian army, where units were the strongest since arrived not only were civilian volunteers, but soldiers. It was not the members of the fraternity with Russia and the Czechs and the Slovaks, that is partly prisoners, partly deserters from the Austro-Hungarian parts, escaped from the fronts of the First world.

Some military camps, where he put the prisoners and deserters, were called back to the front, but on the other hand, to fight against Austria-Hungary. For Masaryk it was the most important evidence of how really wants to act the Czech and Slovak people. Officially, the Czechs and Slovaks were on the side of Austria-Hungary, however, in the course of its promotional campaign Masaryk sought to convince Western society and the Entente, that, in fact, Czechs are opposed to this Empire. It was the deserters have become a living example of such resistance.”

However, it is obvious that the ruling circles of Russia didn’t trust the prisoners of war and did not want to build inside their own army number of units composed of foreigners. Indeed, in the eyes of the Russian commanders they were deserters, that can flop over and again…

“Arm them perceived Russia as a risk, and this distrust has persisted until the very end of the existence of the tsarist regime. And the number of these forces has not increased to the extent which would like Masaryk. In 1916, from Switzerland to Russia moved Joseph Dura, one of the representatives of the national Committee. He led the Russian army numerous negotiations, which, however, did not yield tangible results.” On what conditions of Czech and Slovak legionaries could join the ranks of the Russian army?

“First of all, before you get the arms, they had to take Russian citizenship. And it was a serious problem for them because they wanted to fight against Austria as the Czechs, and not as a Russian.

Significant changes have occurred here only after the February revolution of 1917 and the fall of the tsarist regime. In Russia there is a new government. Foreign Minister Milyukov was a personal friend of Masaryk. When Masaryk came to Russia, Milyukov had already left his post, however, Kerensky’s government considered the question of recruitment of soldiers in the pow camps in the ranks of the Russian army, and citizenship here has not played a role. Masaryk insisted that the soldiers acted just like the Czechs and Slovaks.

At first these forces were under the Russian and French command, and officially, these legions were the army of France.

That under Kerensky the Czech troops went into battle as separate units within the 11-th Russian army. In early July, 1917, occurred the battle of Zborov, which became the most significant battle with the participation of Czech and Slovak legionaries, then won a resounding victory. It then fueled the propaganda, which was held by Masaryk and national Committee, and the program, which is supported by all people.

However, in the autumn of 1917 the situation, as we remember, changed again. At this time, Masaryk began to write the Manifesto of the “New Europe”, addressed to the legionaries. There he proposed a program of contemplate and maintain legions in a war, why continue to fight.

After the Bolshevik revolution broke out, Masaryk moved from St. Petersburg to Moscow, and then, in the center of the focus groups of Legionnaires, close to the front, in Kiev. Soon, however, the entire program is generated for the Legionnaires, were destroyed. Lenin decided to withdraw from the war, signing a separate peace of Brest. This is completely contrary to the program of Masaryk. However had to proceed from the existing conditions, and the Czech leader has chosen a policy of non-interference in the Russian civil war and events in Russia as a whole.

At the beginning of 1918 Masaryk is located in Kiev, where he began to explore the possibility of movement of the Czechoslovak troops on the Western front. The politician feels responsible for 40 thousand soldiers, whom he wants to move. Let’s not forget that this — armed soldiers. He writes Plekhanov, Lenin writes, maintains contact with the cadets, milyukovs. He is looking for people with influence”.

For Masaryk, who always kept in mind the idea of creating a future independent state, these groups were considered likely, future military forces is a formed army.

“So what happened after the war. The Legionnaires were fighting not only in Russia, Ukraine, not only on the Eastern front. They also operated in the southern Italian front. M if et was about 40 thousand legionaries in the South — about 20 thousand, and on the Western French — about 10 thousand. Of course, the most significant number of the foreigners were on the Eastern and southern fronts, where the Czechs and Slovaks fought in the Austrian army.

T. G. Masaryk went to America to pave the way for the forces of legionaries in Western Europe. There at the beginning of March 1918, he meets with Boris Savinkov. Before that he was negotiating with the red army General Mikhail Muravyov A., whose task was to beat Denikin from Kiev. In fact, Ant was not red, but rather “gray”. With it, which controlled the South-Western front, Masaryk telling about the departure of the Czechoslovak Legionnaires.

A remarkable meeting with the leader of socialist revolutionary Savinkov, the terrorist, famous since Imperial times, caused then a lot of misunderstandings. Indeed, in the 1920s, Savinkov was arrested by Soviet authorities, and during the investigation he said that Masaryk gave him the money for the terrorist struggle, the money was allegedly carried out an assassination attempt by Fanny Kaplan to Lenin. And at that time, Masaryk was President of Czechoslovakia…

This is a separate historical question to which we in the future may return. In the Czech archives has preserved the documents confirming the transfer of funds, two hundred thousand, translated to SRS. I am convinced that in the course of negotiations with Savinkov and Muravyov T. G. Masaryk just bought the free departure of legionaries from the Ukraine to the East, the TRANS-Siberian railway, in the direction of Vladivostok. Czech politician left Russia, believing that Russia he did everything he could, and it now remains to convince the us government to financially support the transfer of troops to the Western front.

Of course, all this was not easy, there were military clashes. In may 1918, Lenin and Trotsky issued an order to disarm the Czechoslovak troops and their arrest. The Legionnaires fought their way through the TRANS-Siberian railway, reaching the army of Kolchak.

“They leave Russian territory after the war. In 1919 leaving the country, sick, disabled. From January to September 1920 godda, the transfer units with a total strength of about 60 thousand people. And among them were not only former deserters from the Austrian army, but fellow-Russians, who wanted to return to their historic homeland, a new independent Czechoslovakia. These people traveled through the Indian ocean and the Suez canal and across America. And they all gradually returned to Czechoslovakia, where these units became basis of the new Czechoslovak army,” concludes Vratislav Doubek. 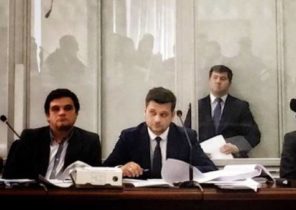 Attorneys argue that Nasirov is under arrest illegally, and against him the suspicion was unfounded