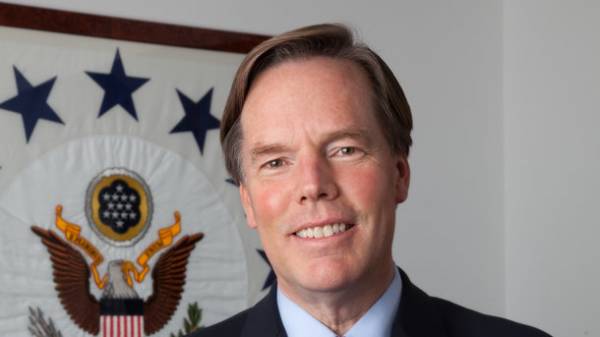 Professor at the Institute of public management. John F. Kennedy, former US Undersecretary of state, former U.S. Ambassador to NATO Nicholas burns was one of the speakers, who represented prepared by the Atlantic Council report Breaking Aleppo (Aleppo Destruction) during the Munich conference. Also the presentation was attended by former U.S. Secretary of state Madeleine Albright, former Prime Minister of Sweden Carl Bildt, President of the Atlantic Council Fred Kempe and his Advisor Max Superski. 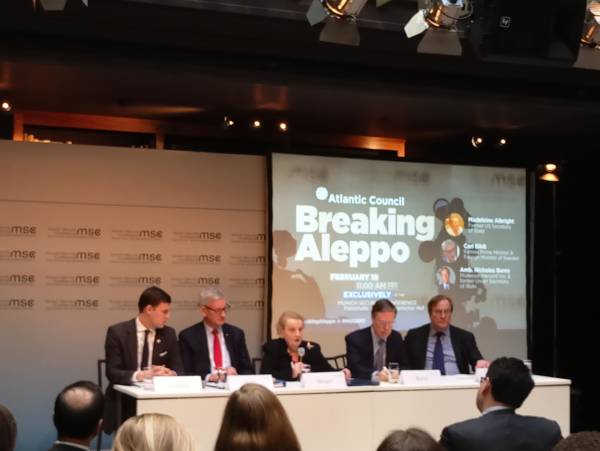 The report was released the day before and received denials from the Russian Federation and characteristics from a representative of Russian defense Ministry major General Igor Konashenkov, “digest of reports of downed pilots” in the era of “post-truth” and “post-facts” gives the document weight. One example of analysis performed by the authors of the report on the destruction of Aleppo, is shown in the video below. It shows how peresadovka forces systematically destroyed civil object – M2 hospital in Aleppo. By the way, in the report of the Munich conference, it is reported that only 20% of Russian air strikes in Syria in 2016 fell on the positions of the “Islamic state”.

After the presentation of the report Nicholas burns agreed to answer a few questions “Today” concerning Ukraine.

– Will we see a similar report “the Destruction of Donbass,” or “loss of Crimea”?

– I think it is a good idea. I think what happened in Crimea – the invasion and annexation of Crimea – the greatest crime in decades, because Putin crossed the bright red line in international law, has violated Ukrainian sovereignty. For this reason, sanctions against Russia should be maintained. I strongly object to any attempt of the Administration to trump to lift sanctions against Russia because Putin must pay for what he did. And for what he is doing in the Donbass, dividing Ukraine.

– Trump wrote on Twitter that the Crimea has been captured and needs to be returned to Ukraine. How far he can go beyond Twitter?

– I think positively, that the U.S. government, the Administration trump say that Crimea should be returned. After all, it needs to be returned. The European Union, Canada and the United States should pursue economic pressure on Putin and Russia for that to happen. And we need to support Ukraine and develop closer relations with the government of President Poroshenko.

– In Your opinion, is there enough attention paid to the Ukrainian question at the Munich conference?

– I think that is not enough. I still think that this is a Central issue for the EU and North America, especially with the new US Administration. And, as I said, we need to be very firm and very clear to understand that we are not going to admit, will not accept Russian occupation of Crimea.

– What do you think, will it help Ukraine to solve problems with Russia in Munich declared the U.S. commitment to NATO?

– I’m a former US Ambassador to NATO, I think that for US it is extremely important to be committed to NATO and to be a leader of NATO. I also believe that NATO and the European Union will continue to support Ukraine, the Ukrainian government, to help them protect themselves from Russia’s actions. It artistalley question. Every country has the right to defend ourselves, we in the West must oppose Russia’s annexation of Crimea.

– Ukraine plans to hold a referendum on joining NATO. Is there a real prospect of such accession?

– I think, in a short period of real prospects there. Ukraine – NATO partner is a solid relationship. Membership and the overall solution – the other thing is, the Ukrainians will have to advance far from current problems. Now the Ukraine is, and hopefully will remain a legitimate partner for NATO.