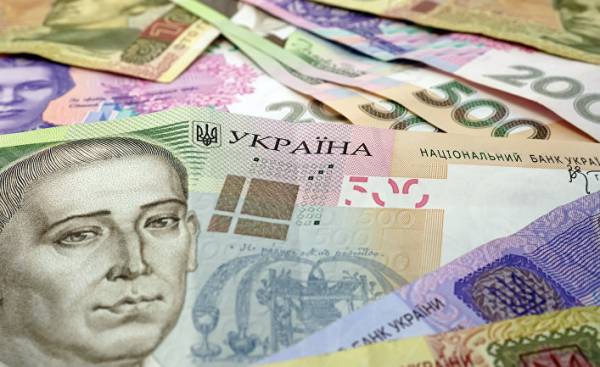 All could have been much worse. However, the Ukrainian banking sector is still not affected by escalation. “Everyone was ready to Bank collapse, and all in the drawer lay an emergency plan for liquidation,” says the reign of a renowned foreign Bank, which decided to remain anonymous. “In the end, no one had to get the plan out of the box”.

The banking sector needs to thank for that, obviously, the country’s President Petro Poroshenko and his attempts to calm the situation and the intervention of the issuing Bank. Shortly before the end of the year, he made a unique action and said that the money of depositors “PrivatBank” in security. But he has 20 million customers — almost half the population of Ukraine.

If they panicked, and the Bank would become bankrupt, could collapse the whole financial system. Ultimately, this monetary Institute — the largest in the country, it brings together 21% of the carrying amount of the sector. So Poroshenko pushed the emergency brake and before Christmas the Bank gave to the property to the state.

Banks are sitting on a huge mountain of bad loans

Since then, silence reigns. However, according to market participants, the crisis could quickly erupt again. Because the banking sector compared to Euro zone is in poor condition. National Bank in its latest report on small business improvement, after last year registered a record loss of 159 billion (5.45 billion euros). However, only one look at the scale of unpaid loans (NPL — nonperforming loans) shows a different picture.

The issuing Bank himself points out in his latest report that 30.5% of all loans impossible to get back. This is much lower than in the various tests and assessments in a market where scale NPL is estimated at about 50%.

Inside of “PrivatBank” guarantees of stability of national currency estimate the proportion of NPL even at 11.4%, although long known that almost all loans companies cash this Institute gave the firms, which are associated with the owners of the Bank. Refunds through this oligarchic structure is considered impossible.

In addition, according to the guarantors of the stability of the national currency, some banks under private management in the Ukrainian capital still do not want to admit the scale of the NPL. State-owned banks, whose market share has again increased and has exceeded 50%, in contrast, recognize their plight. According to the National Bank, they have 45% of outstanding loans — not counting the “PrivatBank”. Subsidiaries branches of foreign banks formally present data at 36.4%.

National Bank, which has been criticized for its sluggish policy, under pressure from Western donors became more active. With the new orders he has forced banks to assess the risks of loans. Thus, the true imbalance in the banking sector will be available soon.

The industry suffers primarily from the deep recession that keeps the country in a Vice with 2014. In two years, GDP fell more than 16% and pulled over also, and the national currency — the hryvnia. Blame not only the conflict with Russia, which paralyzed the industrial East of the country, but continues to exist oligarchic structure of the economy. And, of course, corruption.

International rankings demonstrate the precarious situation: the business climate index world Bank’s Doing Business country occupies 80 place among 190 countries. And the corruption index from Transparency International, Ukraine is located at 131 out of 176. Thus she, along with Russia completing the European list.

Corruption is a major problem in the banking sector, saying the responsible person. Banking supervision for too long did not touch the problematic banks and allow their owners to withdraw money. Loans are hard to collect because customers pay less for trials about the return of loans than the interest on the loans. In Ukraine, even saying, “Only cowards pay loans”.

“PrivatBank” just do not touch

In the case of “PrivatBank” was politically tactical reasons. One of its owners, oligarch Igor Kolomoisky, was during the escalation of the crisis in Ukraine, Governor of the East. In words he more than anyone else argued with the head of the Kremlin Vladimir Putin. Among other things, he called him “a little schizophrenic”. Therefore, in Kiev left him alone. This gives the impression of favoritism in the economy and corruption, writes Reuters in the case of “PrivatBank”.

Moreover, existing security assurances “PrivatBank” in the evaluation was outrageously overpriced. Responsible for it, according to two leading employees of the Ukrainian banks regulation, economic inspectors from PricewaterhouseCoopers (PwC). In one interview with the staff last time also talked about other “blunders” of the auditor. They even demanded to close the PwC office in Ukraine. The reports of the auditor are “substandard and unprofessional,” was the conclusion.

The situation in Ukraine, meanwhile, criticized and from the EU. One of the main reasons that the fight against corruption “stalled” is, according to the EU, first of all, oligarchic structured economy. This follows from the special report of the accounts chamber of the EU in early December. There is criticism also that “law enforcement agencies were not sufficiently independent from the government and the oligarchs have influence on political parties.”

The economy is in the process of transformation

However, there are positive signals. The recession is over and the economy is slowly growing. The forecast for GDP growth this year ranges from one to three percent. Ukraine wins, according to economists, due to attractive market conditions and higher prices for raw materials, which for Ukraine is crucial.

But now the economy is in transition from the Russian to the European market, which requires many reforms. Here, the balance of power yet negative. But inflation with an incredible 43% (in 2015) decreased last year to 12.4%. For 2017, market participants expect even an unambiguous indicator. It is also noteworthy that Bloomberg in its report, Global Risk Briefing for 2017 considered the Ukrainian currency the most stable in the world.

Thus stabilized and lending. Meanwhile, new loans are no longer under 24%, but “only” at 16%. The savings also is stabilizing. And yet the banking sector is suffering from problems with fees. Due to the fact that “PrivatBank” has become the state, the state’s share in the sector increased again and exceeded 50% in terms of the situation of competition is assessed as the problem.

Market share of the five largest banks has grown for three years by half, to 57%. In 2014 approximately 90 of the banks — perhaps half of all financial institutions left the market. Dozens may have to cease operations.