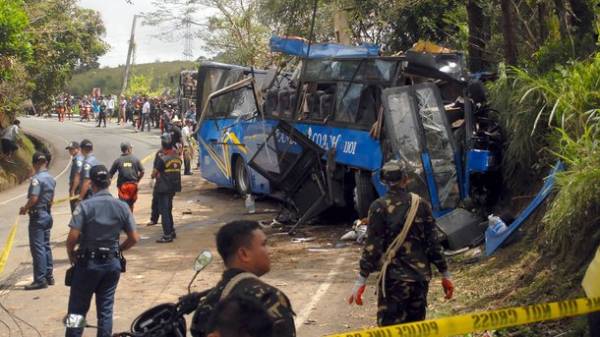 In the Philippines there was a fatal accident, AFP reports.

The bus, which at the time of the accident were about 50 people, crashed into a pole. Killed at least 14 people. The number of victims is not specified.

According to the preliminary version, at high speed, the driver lost control.

The cause of the accident will be installed during the investigation. Earlier it was reported that a car accident involving a tourist bus in Taiwan resulted in the deaths of 32 people.

At the time of the tragedy the bus was carrying 42 passengers and the driver and the tour guide. Most of the passengers were elderly people, they came back from Taichung.