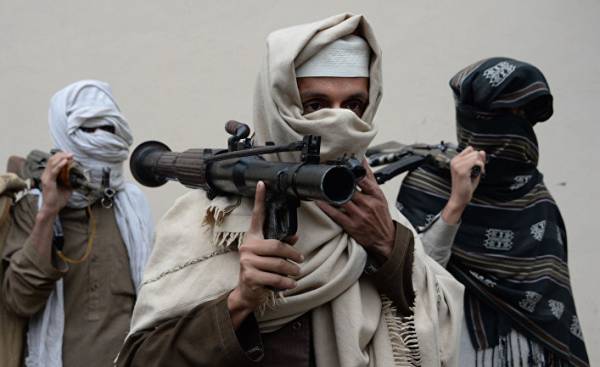 Since 2001, the US and its allies are fighting in Afghanistan with the Taliban, and no one was larger relative losses than in Denmark. Now Russia actively supports the Taliban and al-Qaeda*.

American cooperation with Russia — this is the idea of the Northern sea route.

In principle, it is navigable, but the ice never melts enough to use this way.

The most recent example at present is Moscow, where the conference on Afghanistan the Russians have invited five countries, but was not invited USA and NATO.

“I am convinced that this is done in order to weaken US and NATO,” said General John Nicholson (John Nicholson) at the hearings in the Senate last week.

It was a public hearing, therefore, according to National Public Radio (NPR), General Nicholson was able to report only limited information about specific and tactical data, but a further exchange of statements gives some indication of intelligence US about Russia’s cooperation with the Taliban.

Senator bill Nelson (Bill Nelson), a leading expert on security issues, asked General Nicholson, “And if Russia, to put it mildly, has contact with the Taliban, if the Russians supply the equipment to the Taliban, and we have proof of this, and other things that we can’t name in open session? But if the Taliban merged with al-Qaeda? Then Russia indirectly helping al-Qaeda in Afghanistan?”

Russia’s behavior in Afghanistan — one of the reasons why the whole security apparatus is not within the government of trump, it’s hard to take seriously the rapprochement with Russia. In this case, the friend of my enemy, of course, is the (my) enemy. The Taliban was in power in Afghanistan and gave shelter to the terrorist organization al-Qaeda, when it is in 2001, undertook a terrorist attack on the world trade center and the Pentagon that cost the lives of three thousand people. U.S. troops entered Afghanistan and overthrew the Taliban regime, since already 15 years, they are in Afghanistan, the war with the Taliban and al-Qaeda.

In September 2015 in Moscow there was a meeting between the then head of the Taliban, and President Putin, since Russia actively acts on behalf of the Taliban, cooperates and trades with him, and according to the information obtained at the hearings in the Senate, provides technical support to the Taliban. “The Taliban’s interests objectively coincide with ours,” he said, according to the Washington Post, the Russian envoy to Afghanistan Zamir Kabulov in December 2015.

According to Kabulov, we are talking about coincident interests in the fight against ISIS (banned in Russia — approx. ed.) that seeks to gain a foothold in Afghanistan, but, as the Americans claim, is an argument to cover up the true goals.

ISIS in Afghanistan is not seriously fighting the Taliban and a democratically elected government and NATO. Last year they destroyed 30% of the shock forces of ISIS, including 12 senior managers, and the area under the control of ISIS, as the American military documents, was reduced by 66%.

Thus, Afghans and Americans in General deal with ISIS, but the terrorists of the Taliban is a different story. According to the information known to the newspaper Long War Journal, the Taliban control up to 20% of the territory of Afghanistan, and its power and military capabilities are growing, not decreasing. With 2015, the number of areas under Taliban control increased from 70 to 87, says it’s a military edition. And the relationship between the Taliban and al-Qaeda is currently stronger than ever.

In January 2015, the head of al-Qaeda swore allegiance to the Emir of the Taliban, the Taliban took his oath and then uses it in their propaganda, the last time in December 2016.

In other words, Russia’s political and, according to the Americans, military support to the Taliban and al-Qaeda, which the United States is at war since 2001. 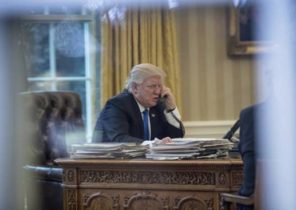