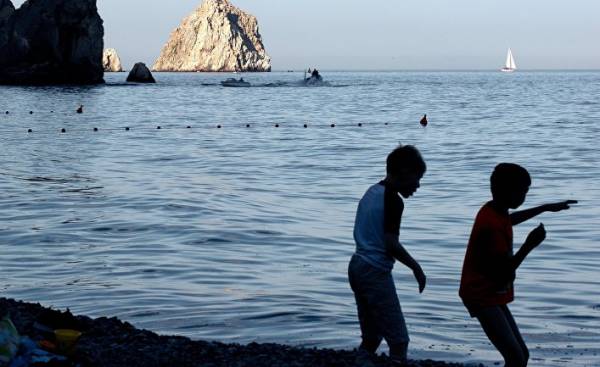 The black sea is an inland sea with a unique ecosystem, which join about 300 rivers. According to studies, 70% of all waste and pollutants in it, coming from the six black sea States — Bulgaria, Romania, Georgia, Russia, Turkey and Ukraine. In its northwestern part, bordering with Ukraine, Romania and partly in Bulgaria, is broke and lives there most of the types. Alas, that ecosystem dies because of the so-called “Preodolenie”. Large rivers that flow into the sea, carrying more significant amounts of phosphates and nitrates from domestic waste water, manufacturing and agricultural fertilizers. It causes massive growth of phytoplankton. Over the past 30 years it has grown more than 10 times.

In the early 90-ies of the six black sea States signed the documents related to water-swimming pool — Convention on the protection of the Black sea against pollution, the Odessa Declaration and Strategic plan of action for the protection of the Black sea. The pollution of the Black sea, however, continues. Therefore, the Foundation of the “Green Balkans” in partnership with the Turkish Foundation for marine research created the project Black Sea Watch. “Help scientific research and the protection of the sea. Each of us can do it,” urges the President of Fund “Green Balkans,” Dimitar Popov. “The main goal of the project is to create tools that will be widely available for inclusion in the study of biodiversity in the Black sea. Namely, a mobile application and website, which provide the opportunity to every lover of nature, to register observations of different species that live on the coast and in the marine environment. The project “Dialogue for civil society”, which is one of depreciatively programs of the Republic of Turkey”.

App Black Sea Watch actively for several months, and everyone can download it on your mobile phone. Registration requires only a valid e-mail address where the confirmation is obtained. You can then start to remove different plant and animal species that inhabit the black sea regions, indicating the day, hour and place where the picture made. Administrators of the platform are experts in certain groups of organisms, and they will determine with precision the removed object before you can publish it on the map.

Part of the initiative is the publication of children’s books in Bulgarian, English and Turkish languages — a magical story about meeting a girl, Meriam and a talking Dolphin Fanny. Fascinating way, the book familiarizes children with problems and dangers for the inhabitants of the vast underwater world. “Dolphin Fanny shows all this girl explained Aneliya Pavlova — one of the authors of the book. He’s doing it with the hope that Meriam will understand under what threat is the Black sea, she can tell an adult and so to reach more people who could help.”

The sea is sick, and its ability to self-clean can not save it from irresponsible human intervention. So any help matters — the protection of the Black sea ecosystem depends on us, as well as enhance inter-state cooperation in this direction.