The Cabinet expects that the size of the fourth tranche of the IMF loan under the program of expanded financing will amount to $ 1 billion. About the Agency “Ukrainski Novyny” informed source in the government.

The source stressed that in November the parties discussed the possibility of providing within chetvertogo tranche of about 1.8 billion dollars. The final amount of the tranche will be fixed, most likely, after the meeting, the President of Ukraine Petro Poroshenko with the head of the IMF Christine Lagarde during the world economic forum in Davos, which will be held 17-20 January.

The Ukrainian authorities expect to receive the fourth tranche of the IMF in February.

Ukraine and the IMF signed a Memorandum of economic and financial policies which the country should undertake in the framework of the EFF in March 2015. Four-year programme of the eff stipulates that Ukraine is to receive credits from the IMF for a total amount of 17.5 billion dollars.

In September 2016, the IMF approved the granting Ukraine of the 3rd tranche of $ 1 billion.

In the updated Memorandum of cooperation, Ukraine has undertaken before the IMF to carry out land reform and to adopt a law on the gradual increase in the retirement age of citizens.

In early October, the Council extended the moratorium on alienation of agricultural land for a period of 1 year to 1 January 2018.

Earlier, the national Bank was expecting the next tranche of the IMF in the amount of 1.3 billion dollars by the end of 2016. 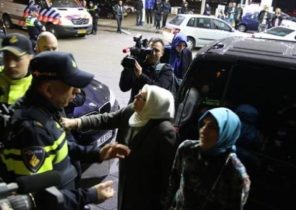