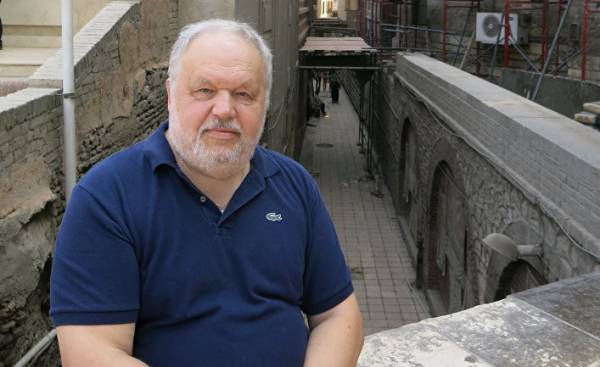 The events of the last half (of the refugee crisis, the war in Syria and Ukraine) has temporarily diverted the attention of the Europeans from Greece. Actually, the Greek crisis has never stopped and has now entered another acute phase: is the time payments. To negotiate with international lenders need quickly — by July, Greece needs to find at least seven billion euros to repay debts to the International monetary Fund, the ECB and the European financial stability facility. With this, an appropriate agreement should be signed already now, before the Eurogroup meeting, which is scheduled for February 20.

Lenders put Greece very strict conditions, including the preservation of draconian austerity measures after 2018, when completed the current agreement.

In response, the Prime Minister of Greece Alexis Tsipras lashed out at German Finance Minister Wolfgang Schaeuble, who was threatened with expulsion of Greece from the Eurozone. According to Tsipras, Greece, Germany puts forward unacceptable conditions for continuation of financial assistance and generally seeks to create a Europe of “two speeds”. Got and the IMF, which, as stated by Tsipras, is also unable to achieve the easing of credit terms for Greece.

The statement of the Greek Prime Minister reflects the fact that Germany and the EU and IMF do not see any possibility for resolving the Greek financial crisis: the country is physically unable to pay debts to international creditors. At the end of 2016, they amounted to 315 billion euros, or 180% of GDP. A walk on the write-off of Greek debt ahead of the elections in the Netherlands, France and Germany, the Europeans can’t.

Whether it is possible to solve the Greek crisis? The country for seven years, surviving thanks to international financial assistance, but she still did not have enough money. As a result of countless austerity measures, the population on the brink of survival, crumbling social system. At the Congress of the party SYRIZA Alexis Tsipras said, “the Country was plundered and the Greek people continue to make sacrifices in the name of Europe. The German government led by Merkel, demanding from Greece additional austerity measures, playing with fire.”

With regard to Wolfgang schäuble, he accused Greece of delaying reforms. At a meeting of Eurozone Finance Ministers Schaeuble stated that the Greek government has not fulfilled its obligations. And anyway, said the German Finance Minister, Greece is living beyond its means and cannot in this state to remain in the Eurozone.

The case of Greece very revealing: the country provided by giant international assistance 86 billion euros, however the results it gave. The allocation of the next tranche of aid is possible only after a careful analysis done by the Greeks “work”, but so far the findings are disappointing. The situation in Greece develops in the same scenario as in Ukraine, where the international lenders require tough reforms that destroy the economy. Running a hell of a mechanism leading to socio-economic collapse.

The IMF has already admitted that Greece is unable to pay the debt exceeds 300 billion euros and called on European lenders write off a large part of Greek debt. In addition, the Fund criticized the decision of the European creditors, according to which the primary budget surplus should reach around 3.5% by the year 2018. According to the IMF, the real goal of 1.5%. However, schäuble is adamant: write-off of Greek debt is not even discussed — at least until the Bundestag elections this autumn.

Personally, Tsipras difficult situation: if he agrees to the stringent demands of lenders that violate their own campaign promises and will be forced to hold early elections. If you do not agree — there is the prospect of a “grex” — the Greek exit from the Eurozone.

Meanwhile, the situation in Greece becomes explosive for the EU as a whole. All participants in the negotiations on Greek debt understand that compromise is necessary to achieve at any cost, because the elections in the Netherlands, France and Germany, the skeptics can use the “Greek factor” to undermine the European project.