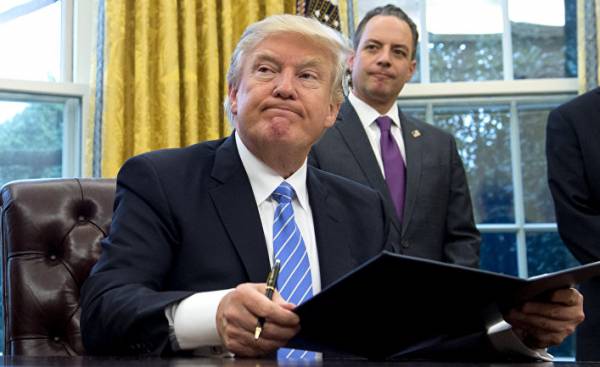 Statement by the press Secretary of the White house Sean Spicer about the fact that the new President of the United States Donald trump expects Russia to return the annexed Crimea under the jurisdiction of Ukraine, has caused a wave of discussions in the Ukrainian media and social networks. Although the official reaction from Kiev was not, some commentators rushed to assume that trump was not so favorable to the Kremlin, as feared by many Ukrainians.

That Washington’s position on the conflict between Russia and Ukraine will not differ from the point of view of the previous White house administration, testified and other signs. A week ago, Spicer said Washington has no intention to lift sanctions against Russia over the Crimea, the permanent representative of the United States to the UN, Nikki Haley not only assured the continuation of the sanctions, but also condemned the “aggressive actions” of Russia in the East of Ukraine.

The lack of logic

According to the President of the Ukrainian Fund of national strategies Taras Berezovets, it is not surprising this approach the new administration of the President of the United States. Even before the statements of Spicer and Hayley about the principled position against Russia and said the current Secretary Rex Tillerson. “What we are witnessing now is simply a continuation of the line that Tillerson outlined to us senators during the hearings regarding his appointment,” — said the expert.

Despite this, analyst of the Institute of world politics Nicholas Beleskov refers to recent statements by the White house with extreme caution. In his opinion, the words of Spicer is contrary to the logic that the team trump voiced earlier.

Then it was about the possibility of certain concessions, including on the issue of sanctions, in exchange for constructive action in other directions, for example, in the fight against terrorism. But the current hope for the return of Crimea with a simultaneous aspiration of the USA to an understanding with Russia, in particular, in the fight against “Islamic state” (organization banned in Russia — approx. ed.) has little chance of becoming reality. Especially when you consider how a possible settlement with the U.S. is considering in Russia, adds Beleskov.

Possible cause the current position of the White house, the Chairman of the Verkhovna Rada Committee on foreign Affairs Anna hopko believes the pressure on trump have world leaders, from German Chancellor Angela Merkel before the NATO Secretary General Jens Stoltenberg. All this, together with the dramatic events in the town could adjust the position of the new presidential administration, which became more and more rigid.

Another source of pressure on Donald trump Beleskov calls the scandal led to the resignation of the presidential adviser on national security Michael Flynn. The latter was forced to resign after it became known about his talks with the Russian Ambassador about a possible lifting of sanctions against Moscow.

“Against the background of a new scandal involving the Russian Federation, in the White house want to show in any way that they occupy against Russia’s tough stance,” explains Beleskov, adding that in this case we are talking not primarily about foreign policy strategy and responding to internal political crisis.

Fluctuations in the trump administration in relation to Russia suggests that the foreign policy strategy of the American President in this direction are still evolving as it continues to form a significant part of his team of lower level, says hopko. So, according to her, the position in the state Department, which was previously occupied by Victoria Nuland, responsible for Washington’s policy towards Ukraine and Russia, now remains vacant.

Beleskov adds that in the first month after the appointment of the incumbent team of the previous American President Barack Obama already had a clear vision of their actions in foreign policy, for example in relation to Russia. “You could argue whether it was correct or not, but today’s team is not even the outlines of such a vision, — said the expert. And it is not clear when they will be.”

According to CSAC, it is important to use this period of uncertainty, to leave space for Ukraine to continue to be the subject of further negotiations concerning the future of the country.

An important role plays the meeting of Ukrainian President Petro Poroshenko and us Vice-President Mike Pence says hopko, remembering also about the preparation of the meeting Poroshenko with trump. “Now it is very important how Ukraine will use these opportunities”, — the Deputy summarizes.

Berezovets agrees that the White house’s position is still not formed, leaving the Tramp a wide berth.

And if the statement in the Crimea, according to experts, it was the red line — the status of the annexed Peninsula after this for sure is not one to review, it does not mean that the American President will not be able to compromise on other issues, including Ukraine. “He’s a businessman. It is possible that he was only raising rates,” summarizes Berezovets. 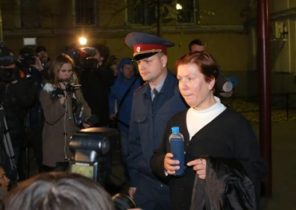