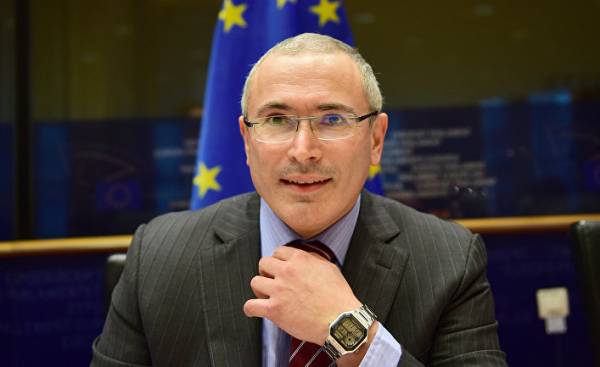 In 2016, the number of poor in Russia has almost doubled. This means that about 15% of the 146 million Russian citizens now live below the poverty line, and another 10% on this trait balance.

The government severely cuts back on public expenditure: hospitals, schools and kindergartens incredibly forced to save, while the apparatus continues to receive a lot of money.

However, the position of the liberal opposition in Russia is weaker than it has ever been.

On Thursday last week, the Russian payment system Yandex.Dengi refused to transfer money in crowdsourcing non-governmental organizations FBK lawyer and blogger Alexei Navalny, one of the most prominent opponents of Putin in Russia.

Alexei Navalny came to prominence as a blogger and initiator of the establishment of a number of small crowdsourcing of non-governmental organizations who tried to expose corruption and misuse of public funds.

After the election of the mayor of Moscow in 2013, Navalny took the second place, it is the most prominent opposition politician.

According to many observers, the judicial cases against him are political in nature. This applies, in particular, the blocking of its website in 2014 and the recognition of signatures in support of the participation of his party in the elections in 2015 to be invalid.

Skate forty — year-old lawyer fight against corruption and for freedom of speech, and strict immigration policy. Support him, mainly members of the upper middle class in large cities and national-conservative voters.

On Wednesday, Navalny was sentenced to five years probation for theft, and so — according to the Russian legislation — he has no right to nominate his candidacy for the presidential elections in 2018.

Since then, Navalny has received on elections of the mayor of Moscow in 2013 630 thousand votes, he was charged in several cases. According to liberal Russian media, the last court case was just a farce, as there is no justice in it out of the question, a similar opinion was expressed by the European court of human rights.

“Say the word “people”, we must have in mind those who are free in their deeds and words. But the number of such people in Russia falls”.

However, outside the Russian cities, few people shared the outrage at the trial against Navalny is on the side of the opposition. Approximately 60% of Russian citizens support the government, more than 80% still support President Vladimir Putin.

Baixa — associate Professor of the University Higher school of Economics in Moscow, she is studying the statements of the liberal opposition. In the course of her research she much to his surprise, he found that a key liberal figure of Gorbachev’s perestroika and the reforms connected with it, characterized the majority of the population in Russia as underdeveloped “scoops” is a derogatory word for people stuck in Soviet times.

Yavlinsky for 24 years, led by the social-liberal party “Yabloko” and in 2018 going for the third time to run for President of Russia. Some liberals have criticized Yavlinsky for the fact that he his participation in the presidential election gives the regime legitimacy.

Other liberals believe that Yavlinsky as the author of the plan “500 days”, which became the basis of the chaotic transition from a planned to a market economy, damages the image of the party, and that the 64th economist should resign and give the opportunity to see new faces.

For example, a popular 37-year-old Dmitry Gudkov or 53-year-old Lev Shlosberg, who fought for the publication of information about the number of secret burials of soldiers killed in the East of Ukraine, In the parliamentary elections in 2016, “the Apple” received of 1.99% of the vote.

“Even then, in the late 1980s and early 1990s, these so-called liberals who supposedly stood for democracy, saw in the ordinary people of underdeveloped barbarians,” — says Olga Baixa.

After Putin’s victory on elections in 2012, the picture has not changed. In 47 interviews, data liberal and very critical of the Kremlin, the radio station “Echo of Moscow”, she found that a clear distinction was drawn between the backward “they” voted for Putin, and the progressive “us” who voted for other candidates.

“You should understand, why our people in the vast majority of the “dark and limited”. This is primarily due to an ingrained “slave complex” (when the liquid porridge today is better than freedom), which hammered for centuries.”

In almost all interviews the General idea was that there is only one path that must be humanity, and that the West represents the vanguard — and the West understood the United States.

“The West is different. It’s absolutely liberal model in the U.S. and less liberal models in Northern Europe. Nevertheless, the ideal has always been called the United States. And all who are opposed to this ideal of ordinary people, the workers were sheep, shovels, cattle. They are — mindless, not having an opinion about what is happening. They are a people of yesterday, backward barbarians, slaves, etc. these are the so-called liberals who call themselves Champions of progress, used in reference to people supporting Putin,” says street.

The lack of support for Navalny and other opposition politicians is not only arrogance and rhetoric, explains Olga Baixa. The explanation lies largely in the fact that they are considered representatives of the liberal elite, the former have power in the 1990-ies.

“So many ordinary people survived a catastrophic decline in living standards, and they are not forgotten,” she said.

However, opposition politicians today preaching the same economic reforms: liberal Economics in its purest form, open the gateways for free trade and globalization.

“The opposition does not offer anything else, and people have already experienced. They were then poor, they lost their social security because the companies they worked for went bankrupt”.

And it’s not because the population now live too well. Approximately 79% of Russians are forced to spend more than half their income on food, and from the state to the great support and not wait.

In April 2016, the Russian state television broadcast a documentary program, which contained intimate scenes with the participation of Kasyanov and women who are its companion in the party, and the incriminating data obtained through wiretaps of telephone conversations.

Kasyanov resigned refused to leave, and then the third part of the Executive Committee of the party the party left. In the parliamentary elections of 2016, the PARNAS received 0.7% of votes.

The Russian Ministry of Finance was forced to double cash credit 85 regions in 2017 financial year, took around 10 billion crowns from the Russian equivalent of the Norwegian Oil Fund and partially privatized the world’s largest oil company Rosneft.

However, according to the newspaper RBK, the government has cut Federal spending on hospitals from 28 billion kronor in 2016 to only 17 billion this year. Decreased spending on education, in particular, the budget for preschool education decreased by 46%.

“There were two demonstrations: one for singles and one for plankton. And I must say that the Kremlin’s strategy won, the plankton was more.”

Journalist Yulia Latynina, “Moscow Echo”, February 4, 2012 — about two demonstrations that day: one with the participation of opponents of the regime, the other in support of it.

Although cost-saving measures undertaken with regard to defense spending, the economy is so “shrank” that the share of military spending in GDP increased from 3.6% to 5%.

But the government saved not too. It allocated 129 billion kroons, while Federal spending on education and health combined account for 106 billion kroons.

The liberal opposition really should try to understand why so many Russians support Putin, says Olga Baixa.

“They support Putin because he has no clear alternatives. Because there is no force that would explain that the standard of living of Russians will not suffer as it happened in the 1990-ies, that they will have more of what they have now. Don’t say it. Only heard that one should move in the direction of Western civilization, and that those who interfere with this retarded”.

“Russian people are ready to follow any leader, just not to think for yourself, and then blame all your problems on the leader, if he will become weaker or die.”

In the minds of the people Putin — the man who at least brought some order to the chaos that prevailed in the 1990-ies and early 00’s, he introduced a system of social protection. “She is not particularly good, but people, at least, can foresee what will happen tomorrow. The opposition criticizes them for it”.

Khodorkovsky was one of the young businessmen, billionaires emerged out of the collapse of the planned economy. Together with other Russian oligarchs, he did everything to ensure that Boris Yeltsin won the 1996 presidential election victory over Communist Gennady Zyuganov.

In 2003, Khodorkovsky fell out of favor and was in prison until President Putin pardoned him on the eve of the 2014 Olympics. As a former world chess champion and opposition politician Garry Kasparov, Mikhail Khodorkovsky, living in exile.

It funds media platform “Open Russia” and declares that it will support all opposition candidates in the presidential elections of 2018. It is generally believed that its influence is falling.

Olga Baixa sees no signs that the discourse of the opposition somehow has changed in recent years.

“In discussions hear some more peace voices — these people believe that it is not good to say of his countrymen. They may be less educated and know less than we do, but that only means we need to better explain. The paradox is that, when you analyze these voices calling to educate the uneducated mass of the population, it is very difficult to notice and education, and some deep thoughts. It’s just people who think they are smarter and more educated, that’s all. Anyway, I had never any fresh ideas, or reasonable alternatives,” admits street. She believes that the liberal discourse still bears the stamp of neoliberalism and is very condescending tone.

The problem of democracy, she believes.

“While the Americans produce ropy and iPads, the Germans, the cars, and the Italians spetsializiruyutsya on clothes and shoes, Russian produce morality. And as the hands of Russian genetically grow out of your ass, and the head — due to adverse selection — full of lettuce, this production is the one”.

“How can we talk about democratic changes in the country, considering the majority of the population? We should at least understand what the attitude of his fellow citizens has nothing to do with the ideas of democracy.”

Alexei Navalny announced that he will appeal the verdict and will continue its campaign until the presidential elections in 2018. 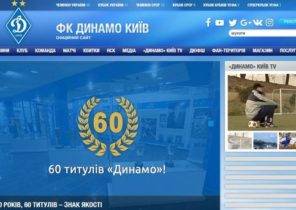