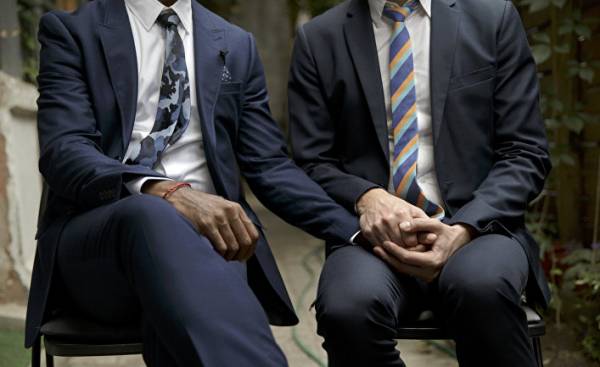 In their apartment in Oslo is still the post-Natal atmosphere. Warming up formula, wash bottles and change diapers.

From Lasse Pedersen maternity leave and is with Sverre in the afternoon, while Eivind Henriksen Skilbrei goes to work.

Every other week they live with an older sister Sverre. She has two mothers, with whom the Pope shared parental responsibilities.

But when these two daddies wanted to have another baby, they decided to use a donor egg and a surrogate mother.

The two call the woman who wore them a child, “surrogate” and not “surrogate mother”. When communicating with family and friends they only use her name.

“We take it the mother of Sverre, as well as she does not consider herself a mother,” says Pedersen.

Both parents strive to make the words true. As Sverre legally or socially no mother, they believe that the surrogate is a good word. English is also used only this single word.

“Sverre was born due to the fact that two fantastic women have helped us become dads. One egg, the second wore it and gave birth,” says Henriksen Skilbrei.

The whole process from the moment of making their decisions on the surrogate took almost two years.

The first important step was the selection of a surrogate country. They decided to stay with US and found Bureau, which helped them to solve all legal issues related to the surrogate, a donor egg and the IVF clinic (in vitro fertilization — approx. TRANS.).

They provided a surrogate from Texas. They chose a donor who, they thought, was like them.

Before you choose a woman who had to carry the baby, the couple wrote a letter to the U.S. Bureau, which was transferred to the surrogate.

“There we wrote about his motivation to have a child and wishes. The question of openness was decisive.”

Some time later these two men and the surrogate held via Skype hour conversation and looked at each other.

Conversations via Skype were held every Sunday throughout the pregnancy. So they continue to talk now.

Dad wanted them to have an outdoor donor and a surrogate, with whom they could communicate.

“We wanted to know who they are, and so they know who we are. We want to Sverre met them when I grow up. We send them Christmas cards and visit them during summer vacation,” says Pedersen.

During pregnancy, both the Pope and the elder sister of Sverre came to Texas and met a woman who wore and now gave birth to a child.

“Very strange now to be so far away from her,” says Pedersen.

The ability to choose eye color and hair type

The choice of the egg donor was also carefully planned.

“We chose a donor, but the donor should choose us. We’ve looked at the database and found a few suitable donors. We could choose everything from eye color, hair type, height, weight, medical history of the donor to the donor and her family, as well as education of the donor,” says Henriksen Skilbrei.

“A little weird like that to sit and to choose biology,” adds Pedersen.

After you have selected a donor and a surrogate, men acted as the donor of the seed.

“We didn’t want to have twins, taking into account the child and the surrogate, so we decided to put only one embryo. For us it was an important choice values” — say the parents who didn’t want a substitute was forced to bear twins.

They think it is important that this choice of values has also been the subject of debate in Norway.

These two men do not know what a fetus stuck in the womb and later became a little Sverre, they do not reveal this information.

“When someone asks who daddy is, we answer “both”,” says Pedersen.

Because one of them is the genetic father of Sverre, another can adopt it. It’s happening fast.

Reporter: do you have the feeling that you have got a child from a surrogate?

Henriksen Skilbrei: No. She repeatedly told us that it was not her child, she thinks so. But we feel the need to take care of her. She and her family became our friends and our family friends, we’ve met with her for five weeks when I was in Texas after the birth.

On Christmas day they dined together, the elder sister of Sverre played with their children, parents of surrogate met with grandma and grandpa Sverre.

“She really wanted to get to know Sverre, and that we in the future communicated with her and her family. She always behaved openly with us, talked about what she thinks and how she wants it”.

The desire for greater openness

You know politicians who still want to ban the use of surrogate mothers, and those who do not want to allow the donation of eggs?

— There’s a certain amount of logic in politicians who are faced with difficult questions. In particular, with the question of what the child has the right to know your genetic origin. We have an agreement with these two women that Sverre could contact them whenever I want. He should be able to know their origins, that there are two women involved in his birth. We wish that we were all part of the life of each of us in the future.

Lasse Pedersen and Eivind Henriksen Skilbrei ready to tell about your choice to make this question more open.

“It is important that people understand why and how such a process. It is important that we are not ashamed. As soon as you choose to remain silent, everything becomes much more difficult. Therefore, we loudly and clearly say that they chose a surrogate. We don’t want surprises in the story about the history of our family.” 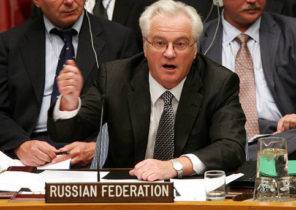