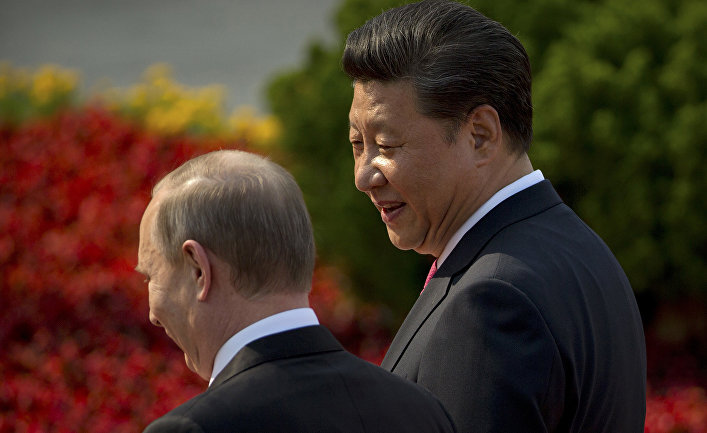 On 9 February the Ambassador of Russia in China Andrei Denisov said that in may the President of Russia Vladimir Putin will visit the international forum of “One belt, one road”, which will be held in Beijing. Participation in the forum is timed to the state visit of Putin to China. Thanks to Denisov also learned that in mid-2017, the President of China XI Jinping will pay an official visit to Russia. Denisov expressed the hope that this year the heads of state will meet not less frequently than in the past. In 2016 between XI and Putin held five formal meetings.

At the moment when international relations are comparative instability, this news has greater power for Russian-Chinese relations. In 2016, the world order was a powerful fluctuations. Europe and America experienced changes that are hard to believe. The world in which you exist and which surrounds the Russian-Chinese relations, it seems, is also changing very much.

The new US President Donald trump has repeatedly expressed particular sympathy for Putin and hope for improvement in Russian-American relations. This further provokes judgments about the possibility of structural changes in the “triangle of China-America-Russia”. The most radical analysts are wondering: in 1972 Nixon joined China in opposing the Soviet Union (in 1972 US President Richard Nixon paid a visit to China — approx. ed.), can now America to unite with Russia to balance China?

All these assumptions about what Russia-China relations can deteriorate under the influence of Russia and America, based on the experience of the cold war. In fact, people are competing in their interpretations of the modern world, have a very superficial knowledge of Russian-Chinese relations.

Russian-Chinese relations of comprehensive strategic interaction and partnership have undergone long-term testing. Now, although the pressure that America and the West is carried out on the strategic space of China and Russia, and brings some uncertainties, today’s Russian-Chinese relations is far superior, as are the historical choice of China and Russia, which is guided by its strategic interests.

The structure of interaction within a large “triangle” China-Russia-America is for the most part consists of imaginary inertia and untrue. The deterioration of Russian-American relations that took place the past two years, has no relation to China-us relations. Also, most likely, there is no close link between trump’s decision to soften the relations with Russia and its future policy towards China. The stability of Russian-Chinese relations is protected. Therefore, the possible impact that may have improved Russian-American relations are incommensurable with the strength of Russian-Chinese relations.

Russian-Chinese relations of comprehensive strategic interaction and partnership in the highest degree correspond to the internal needs of these neighboring States. These relationships exist not to “show” their America, and are also not a necessary step. It is absolutely impossible to imagine that Russian-American relations reached the current level of Russian-Chinese relations. And the rich content of Chinese-Russian relations cannot be used by Russia to improve relations with America.

Moreover, the prospect of improvement of Russian-American relations is very uncertain. At the moment the only trump eased to Moscow, and the change of a substantial nature of Russian-American relations depends on many circumstances, like coming from America and the entire Western world. It is possible that in four years of presidency, Trump will succeed, but only on the condition that will be eliminated the Western anti-Russian sanctions and disappear universal opposition.

In a world that always seems to be “off rails”, Russian-Chinese relations of comprehensive strategic interaction and partnership represent the exact coordinate, we should follow other countries. The strategic partnership between Russia and China will not let the danger surround and capture them. But the strategic security of these countries has a common anchor and is under the mutual protection.

The cold war now far behind us, and the Foundation on which international relations are also changed. In the modern world it is impossible to do business, guided by an old logic of the cold war, as it is a meaningless waste of resources of all countries. Russia and China first out of history, not joining any blocs. You have to properly understand the Russian-Chinese relations, and surpass the Western conception of geopolitics.