The newly appointed head of the National police of Ukraine Sergey Knyazev has told, how was the fight against illegal extraction of amber during his presidency national police of Rivne region. He told about it on air of the program “Left coast Sonya Koshkina” on Channel 24.

Leading recalled the high-profile arrests in “amber” cases, which occurred precisely at the time of his tenure as chief of the National police in the Rivne region. However, today it took several months, but the amber case in the Rivne region and adjacent areas are still not normal.

“Not the whole branch of the law enforcement system has already reformed or reformed at the same rate as police. When you come in the right direction the legal framework – the problem will be removed “naturally”, – says Sergey Knyazev.

“What happened in the region during my objection there? My appointment in April is just the end of the major changes in the division, that is, over recertification, the staff were morally suppressed, leading to tactical and strategic errors of interaction with authorities and the local population. Mean just the police,” began to explain the newly appointed head of national police.

Answering the question about how does he know that amber business “protect” the highest echelons of power in Kiev, Knyazev noted that every problem has a corruption component. “There (in the amber business edition) is the local situation that the police are now learning to parse or not to allow”, – said Sergei Knyazev.

We will remind, the chief of the National police in the Rivne region Sergey Knyazev worked from April until November 2016. 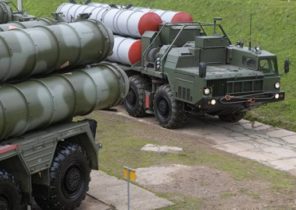