In the East the twelfth day the blockade lasts several Railways with the uncontrolled territory of Donbass. According to experts, the consequences could be disastrous. “Today” has learned what this can mean for Ukrainians.

THE “FAN” BLOCK. The blockade itself, we recall, began on 27 January she organized a group of “activists” in a military uniform and a number of deputies. Later, the Prosecutor’s office opened a criminal case on the fact of blocking of the railway. Activists demand to “freeze” the railway communication between Ukraine and uncontrolled territories, and also to stop there for coal. Moreover, supporters of the embargo claim that the Ukrainian government purchases the “black gold” according to the “Rotterdam+”, which last year proposed that the national Commission of regulation of power industry. It binds the wholesale price of coal to its value in Europe. However, the Minister of energy and coal industry of Ukraine said that such statements are a myth. “Ukraine does not buy coal at uncontrolled territories “Rotterdam+”. Therefore, any manipulation that the transportation of coal from there to be paid according to this formula do not correspond to reality,” — said the Minister. The Nasalik did not rule out that the blockade threatens rolling blackouts throughout Ukraine. According to him, the actions of activists can cause a thermal power plant will cease to anthracite (a type of coal) to produce electricity. “If it is completely blocked by the combat zone, I can confirm that we go through a period of adaptation and move to rolling blackouts and restriction of the generation”, — said Nasalik. He added that to deliver operational coal import will not work — period of delivery is 50-60 days. The Minister also noted that if Ukraine will enter the foreign markets with the aim to buy 8 million tons of coal, the price in the world can be enhanced by 30-40%, and that an additional 20 billion can lie on the shoulders of consumers.

EXPERTS. Support the Minister and experts. So, a high probability of rolling blackouts predicted and ex-Minister of economy of Ukraine Viktor Suslov. According to him, the blockade inflicts damage primarily controlled by the Ukrainian authorities territories threatens the disruption of power plants and challenges for Ukrainian industry as a whole. But the adviser to the Minister of the temporarily occupied territories Olesya tsibulko called it the “PR individual members”, which can lead to freezing the conflict for many years.

Other experts also strongly condemn the blockade. “This is a very negative impact on the situation on the contact line. Moreover, it creates a conflict between the blocking comrades and representatives of government agencies, particularly the National police. And I’m not talking about the problem of coal in such frost. Now in no event it is impossible to do such things. You can, of course, to buy coal from Russia, but for currency, which will give additional pressure on the Ukrainians. Can be in Australia, and in South Africa, but it is a very long and cold now,” said political analyst Volodymyr Fesenko.

The opinion of the people: “the Blockade needs to be broken!”

Ordinary Ukrainians blockade severely criticized. “Well, then will freeze here if you don’t will drown. Blockers have forgotten that we still have February to go through, — says Dmitry Slavic and adds: — If there are any alternatives to where to buy coal, why not buy in the Donbass? The main thing that people have been nice and warm in the houses.” It supports the inhabitant of Kramatorsk Lyudmila: “In any case, you need to give the coal, to negotiate. We need to resolve this issue peacefully, that was all right.”

“Very bad attitude to that. In the end, depend on electricity almost all the inhabitants of the Dnieper (housing estate of one of the districts of the Dnieper. — Ed.)”, — says a resident of the Dnieper Zoe. Svetlana Vladimirovna from the Dnieper believes that such a blockade of the inhabitants of the uncontrolled territories in Donbas can only scare: “It needs to be interrupted. The government should respond and say a decisive “no” blockade.” The resident of Severodonetsk Anastasia to the blockade also refers negatively: “People there are here. They are innocent and do not deserve such treatment. The Ukraine and there, in Ukraine and here. All have an equal opportunity to have.” 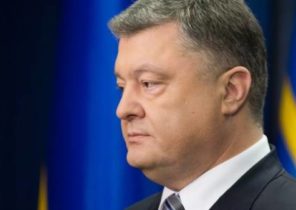