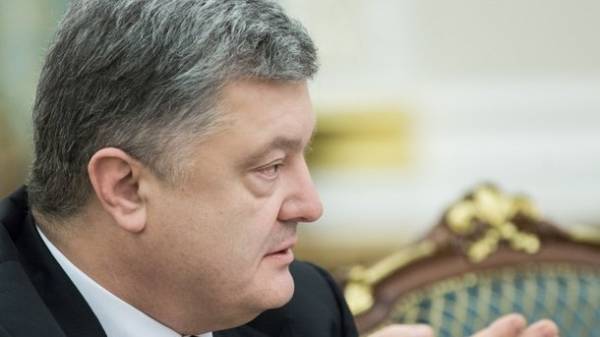 The European people’s party (EPP) adopted a resolution on the development of a long-term plan to support Ukraine, and Ukraine’s President Petro Poroshenko expects the European partners of steps to create a “Marshall plan for Ukraine”.

“Good news from Malta on the results of my visit to participate in the Congress of the European people’s party. Thanks to the family of the EPP for approval on the initiative of our Lithuanian partners a very important resolution on the development of a long-term plan to support Ukraine, the so-called “Marshall plan for Ukraine”, – wrote Poroshenko on his page on the social network Facebook on Friday.

According to him, the resolution is “the proof of the resolve of the most influential political family of Europe” to support Ukraine on the path of reforms and aspiration to do everything possible to help Ukraine realize its European aspirations.

“Look forward to further steps of European partners on the implementation of the idea of creating a “Marshall plan for Ukraine” and be ready to discuss this issue during any further contacts with the leaders of the institutions and member States of the EU,” – wrote the President of Ukraine.

According to the text of the resolution, the EPP called on the European States to develop a long-term plan to support Ukraine, which would include different programs that help military, humanitarian and economic spheres, promoting democratic reforms and support for European and Euro-Atlantic integration.

Poroshenko also thanked the EPP for a clear condemnation of the continuing aggression of Russian Federation against Ukraine.

“Appreciate reaffirmed in resolution firm support for the independence, sovereignty and territorial integrity of our country from the European people’s party, and a determination to continue the policy of non-recognition of the annexation of the Crimea and the implementation of sanctions pressure on Russia until the full implementation of the Minsk agreements and the restoration of control of Ukraine over the Ukrainian-Russian state border”, – said P. Poroshenko.

He also stressed that he fully agrees with the clear conditionality of further normalization of relations between the EU and Russia with the termination of the Russian aggression against Ukraine.

“Without peace and stability in Ukraine cannot speak about a secure and prosperous future of Europe. We must unite our efforts to return the Donbass and Crimea in the Ukraine and the expulsion of the Russian aggression of Ukraine”, – said Poroshenko. 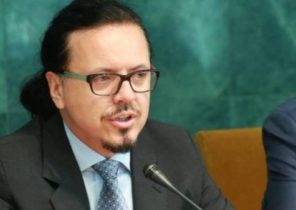