Afraid to face challenges is not about Alexei Navalny. He stands in the building of the city court of Kirov, a provincial city in 960 kilometres North-East of Moscow. Prosecutors accuse him of fraud and demands punishment in the form of imprisonment for a term of five years probation and monetary fine of 7800 euros (converted). The demand charges Navalny responds sarcastically. Says a message to him, of course, is clear: “Alex, we’ll once again politely ask you to withdraw from participating in the elections.”

40-year-old Navalny is the most prominent opposition leader in Russia. In 2018 Russia will be hosting the next presidential election, and he said he wants to challenge Vladimir Putin. Although the latter has not yet announced its intention to participate in elections, no doubt that he wants to stay in the Kremlin for another term, no.

Navalny believes that the trial against him politically motivated. Because if the verdict is guilty, then he will lose the right to participate in elections. Sentencing scheduled for Wednesday.

Navalny himself is trained as a lawyer. He’s a hard man, energetic and ambitious. By the way, he is one of the few opposition politicians in Russia who can still participate in the elections. Boris Nemtsov was killed nearly two years ago, Vladimir Kara-Murza, according to his wife, again came to the hospital with symptoms of poisoning; Mikhail Khodorkovsky, like many others, lives abroad.

Their ability to make life difficult for the Kremlin Navalny argued repeatedly. So, in September 2013 Moscow mayoral elections, he took second place with 27% of votes.

Navalny actively involved in the fight against corruption. In his blog he is constantly openly harassed by the government. He has recently published, in particular, video luxury villas, located presumably in the order of the Prime Minister Dmitry Medvedev. A Pro-Kremlin party “United Russia,” Navalny, a few years ago called “the party of crooks and thieves”.

In addition, Navalny is a charismatic speaker, fluent in the art of populism. And he did not hesitate nationalistic rhetoric, speaking out against “guest workers” from Central Asia.

On Tuesday, he opened in St. Petersburg its first campaign headquarters.

Bulk does not reduce the momentum, despite the process in Kirov. The Prosecutor’s office accuses him of illegal appropriation of funds. So, in 2009, he allegedly did so that the state enterprise “Kirovles” began to sell lumber at below market price. It cost the state 16 million rubles, which currently amounts to approximately 250 thousand euros. Bulk emphasizes his innocence.

Process in Kirov is part of a long and dubious history:

— in 2010, it was terminated the preliminary proceedings: the judge ruled that there is no data about the damage;

in 2011, when Navalny was the leader of the largest since the 1990s, years of protests in Russia against him was launched, a new process, this time in Kirov;

in 2013 Navalny and his former business partner Peter Ozerov was sentenced to five years in prison. The next day Navalny was released, but later the punishment was replaced with a suspended sentence;

in 2016, the European court of human rights called the verdict Navalny unfair and “politically motivated.” Russia’s Supreme court then overturned the verdict, but took the decision to resume the process in Kirov.

This new process is from 5 Dec. These days in Kirov the point of absurdity. Almost every request of the lawyers, the judges rejected, including the request for raising the matter of documents proving that in that time sold wood at much lower prices. At the end of January in the Moscow office, Navalny came to the police to transmit it to the process to Kirov. About this Twitter wrote the representative of the Bulk.

Then the judge suddenly announced that the hearings will go 16 days in a row, what surprised the lawyers responded that they have planned for this time for other processes. The judge’s answer: no, they have no other processes will not. And, indeed, other meeting was for various reasons canceled. This suggests that the Kremlin is very interested in how to speed up the process in the case of “Kirovles”. The top leadership in Moscow, in fact, doing everything possible to suppress Bulk and present him a fighter against corruption, a criminal.

Navalny has already declared that in the event of a conviction he intends to appeal — this will allow him to buy time in order to continue the election campaign for the presidency before the verdict legally binding. “Our goal is to make power, no matter what, to register my candidacy,” he said.

From time to time the Kremlin would allow Navalny to participate in elections. Leadership faces a dilemma.

Over the past months in Russia, no other topic was not covered in more detail than the U.S. presidential election. But what about Russia itself? In connection with the election of the newly declared themselves “old guard”: the liberal and the eternal loser in the elections Grigory Yavlinsky announced that he will run. Right populist Vladimir Zhirinovsky also will participate in the elections — for the sixth time.

Therefore, we can assume that elections will be held according to the standard scenario — and this in a situation when many Russians are feeling the effects of the economic crisis and dissatisfied with the living conditions. During the last State Duma elections, many residents of large cities of Russia simply ignored them.

Maybe the Bulk could have several “revive” campaign? The decision about whether to read his name on the ballot, Kremlin, apparently, will only at the last moment. 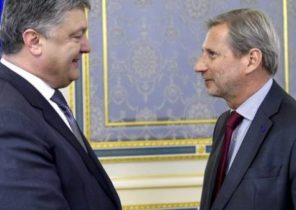