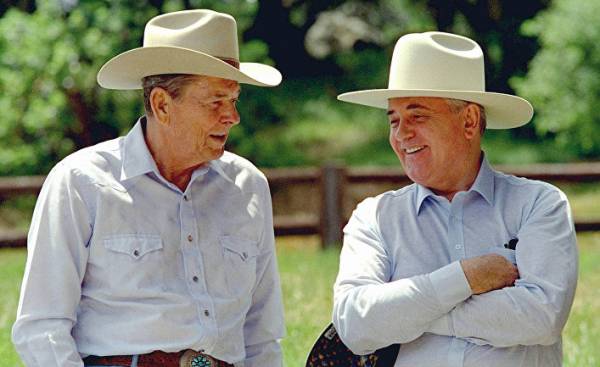 I have read comments to the end of the summit Big twenty, held last week in Hamburg, and depending on the source of speech in them was either the beginning of a new era of goodwill on the international stage, or about the next disaster in the history of the presidency of trump, which lasts only six months. I suspect that the truth lies somewhere in the middle. Because many times I have commented on and sometimes even personally present at the summit Big twenty since the days when it was just the Big seven (1999), I have to admit that betting on Russian-American meetings at the level of heads of States has changed over time.

The main event of last week’s summit of the twenties — except for the protests and destruction in a rather elegant ancient Hanseatic city of Hamburg — became the first personal meeting between the presidents of Russia and the United States. And by the standards of the recent past, this meeting Donald trump, and Vladimir Putin has been disappointing.

This year, from the point of view of the media the two main controversial topics were relatively boring topic of trade relations — which was particularly interested in our President-the businessman, and which has long been a sore point for the Russian leader — and a very fascinating subject of Russian interference in American (and European) elections than Russians do — with varying intensity and success — at least since the 1920-ies. In a conversation with Putin, trump raised both of these topics, and they apparently cordially agreed that their views on these issues diverge — which, again depending on perspective, can be called either progress or a shocking departure from the principles of government.

From my point of view, we should be grateful at least for the fact that after a quarter-century after the collapse of the Soviet Union the hostility between our country and Russia right now, and apparently reached room temperature. Because it is difficult to overestimate the real and the fabricated drama of such meetings held in the recent past.

The revival of the spirit of the Geneva conference (1955), meeting at camp David (1959) and the meeting Glassboro (1967), which arose in connection with rare talks between American diplomats and presidents and the post-Stalin leadership of the Soviet Union, were generally perceived with delight, because it was believed that the spirit helped the West to prevent a nuclear war. Of course, at that time, happened pretty dramatic mistakes. About six months after the inauguration of President John F. Kennedy met with Nikita Khrushchev in Vienna (1961), and their negotiations, according to Khrushchev, were so bad that two months later, the Soviet dictator physically divided Berlin, and sent nuclear missiles on the Cuban base is only 150 miles from the United States. So I would say that in comparison with the kind and affable John F. Kennedy cheeky and smug Donald trump has made good progress.

Ronald Reagan, who was determined once and for all eliminate the threat of nuclear destruction, and to put an end to the policy of mutual coexistence (under Nixon/Kissinger called it a policy of containment), constantly hear in your address criticism from Democrats, who complained — with the famous statement of Walter Mondale (Walter Mondale) — that Reagan was the first President “since Herbert Hoover”, which became a reliable measure of abuse of authority, which decided not to meet with his Soviet counterpart.

However the famous humorous response of Reagan to these complaints, the statement that the old Soviet leaders (Leonid Brezhnev, Yuri Andropov, Konstantin Chernenko) go to the other world before he manages to greet them at the summit — did not prevent him to meet with Mikhail Gorbachev in Geneva in 1985. Despite the melodrama that accompanied their first meeting — weeks and even months of feverish anxieties and arguments, the stream arriving at the airport and the first handshakes live — this was not discussed and there were no significant results.

In defense of trump is to say that in Hamburg he behaved more or less impeccably, and his smiles and handshakes with Putin had exactly the same value as the affability of Reagan in relation to Gorbachev. However, between these two situations there are quite significant differences, and they are worth mentioning separately.

First, the summit trump and Putin, apparently, has eliminated existed since the gap between the major parties in America. For the first time since 1952 or so Democrats in Congress and the whole Democratic party began to openly and loudly Express their concerns about the intentions of Russia on the world stage and to strongly criticize the position of the trump, which consists in restrained attempts to achieve peaceful coexistence. (Even actress and activist Alyssa Milano (Alyssa Milano) has posted a rather plaintive tweet: “Why are you not defending us from Russia, @realDonaldTrump?”) However, you do not need to be a fan of Vladimir Putin, to experience some relief due to the fact that the leaders of Russia and the USA at least is able to talk with each other, and that the threat of a dangerous conflict between the two countries has become somewhat less.

The second difference is more significant. When Dwight Eisenhower met with Nikita Khrushchev, Richard Nixon met with Leonid Brezhnev, when Ronald Reagan talked to Mikhail Gorbachev, Russia was the mistress of a vast Empire that had nuclear weapons and stretched to the middle of Germany in the West and to the Mediterranean sea in the South. Half the population of the European continent was under the rule of the Communists, which ruled the Kremlin, and the other half was within the radius of impact of the Soviet missiles and tanks, the Soviet Navy challenged the Navy of America and our allies in the vast territory, up to the Indian ocean, and Moscow is not restricted to “interference” in the internal Affairs of the independent republics in the hemisphere.

Being a patriot of America, I condemn any trade imbalance and gross Russia’s attempts to sow discord in American politics. I also regret that the Obama administration due to their passivity has allowed Russia to regain influence in the middle East, strengthening the position of active opponents of the US such as Iran. However, compared with the rates for such events in the not too distant past, to know the answer to the question of who hacked e-mail John Podestà, rather just curious, what’s truly important. 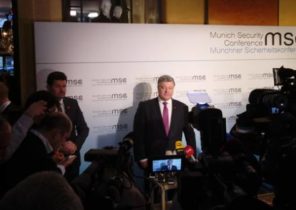