In the 48th Cairo international book fair, which was held Monday in the hall of the name of Salama Moussa, a meeting was held under the title “the Russian community in Egypt: initiatives with varying degrees of success” with the participation of Sharif, Gaddi, head of cultural activities of the Russian center.

In his speech he noted that in recent years the Russian community in Egypt has expanded greatly, and also pointed to the fact that, despite the absence of official data, only in one city – for example, Sharm El Sheikh — there are about 30-40 thousand Russian.

Sharif Gadd explained that the purpose of the meeting is to review the centre and its activities and the organization of artistic, cultural and other events, and noted that the opinions and mindset of the Russian Diaspora interesting Egyptian society. He stressed the need of interaction with the citizens of Russia, who in essence are not much different from citizens of Egypt.

The meeting was also attended by two representatives of the Russian Diaspora, who spoke about why they chose Egypt as the country of residence of the difficulties and problems they face in Egyptian society. One of them is now working in Egypt as an English teacher. She noticed that in fact plan to live in Russia and do absolutely other things, but somehow we wound up in Egypt.

Rossiyanka stressed that the presence of the Russian community and the presence of Russian women in Egypt are two components that help her to feel comfortable, notwithstanding the need to learn the basics of writing, though to read she learned back in Russia. She would like to see Russian in Egypt perceived as normal people, whose life is not devoid of problems. She dobavil that hospitality is one of the best qualities of the Egyptians, which does not depend on the circumstances in which they are located.

The second woman talked about the fact that he worked as a clerk in a private company, and ever since I came to Egypt in 2001, has in this country, the most tender feelings. However, having visited many areas in Cairo, she has come to the conclusion that the greatest problem is the huge amount of rubbish on the streets. She said that in the Cairo district of Maadi there is a whole group of Russian women who every Friday morning organized out on the streets to collect garbage.

With regard to labour legislation, which does not include the paragraphs on the protection of labour rights of foreign workers in Egypt, the representative of the Russian Diaspora pointed to the need for changes and amendments to the law, especially in view of the large number of foreign employees that should not be underestimated.

Another important problem, in its opinion, are some of the items in the Egyptian legislation, which relate to foreign women. She believes that revision of demand items relating to the dissolved marriage with an Egyptian citizen.

Jaresko said that would do in place of Groisman 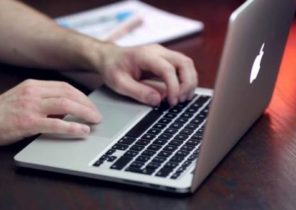