Last year Cyprus became one of the most popular beach destinations for Ukrainians. Anna from Kiev Sevastyanov visited there back in the fall, with a fairly budget trip. All in all about 7 days it took just 340 Euro. The idea of this trip came when she learned that to enter the country no need to collect a lot of documents and that is where the flies low-cost.

“If you don’t want to bother obtaining a Schengen visa, but wants to play in Europe, then Cyprus is a great option. Especially since there are so many opportunities to make the trip affordable,” says Anna.

We decided to go in the last week of October, when Cyprus has the full autumn season.

“Most of the time we spent on the beaches. The day temperature was kept around 30 degrees, water — around 22 degrees. Besides in October in Cyprus are much less tourists and the markets — plenty of fruits and vegetables,” — says our interlocutor.

If you are planning this summer to visit this country, is now to organize a trip. For example, Anna, buying a ticket for 2 months, spent 1100 UAH, and if it did, for 3 months, you would pay only 800 UAH. That for visa purposes don’t need a pile of papers to the Consulate, was one of the arguments for a trip to Cyprus need a free electronic visa (provisa). To obtain even to go anywhere no need: forms downloaded, filled and sent back by email. Detailed instructions are on the website of the Embassy of Cyprus in Ukraine. The application should be submitted not earlier than 3 months and not later than 3 working days before the trip. We scrupulously fulfilled all the requirements and after a few days received a confirmation letter. Print them out on your home printer. These printouts were our visas to Cyprus.

FLIGHTS: 800 UAH FOR BOOKING FOR 3 MONTHS

The journey began with the booking of the tickets, that was my first experience with the airline’s website. The beginner the process seems incredibly difficult: I’m afraid to make a mistake in each figure. Besides, it was doubt, not going to happen in the two months that remained before the trip. But even I, a layman, the procedure took half an hour. Since the Luggage has a direct impact on the cost of the ticket (with a suitcase — 2400 UAH, UAH 1100), it was decided to take two different ticket and one suitcase. By the way, already at check-in I learned that the tickets were 800 UAH, but to reserve them it was three months before the trip.

The flight took three hours. Since flying Locosto, food on Board, but was not forbidden to eat stuck with it sandwiches. Another life hack: if you do not want to spend Board money on hot drinks (a Cup of tea or coffee 2-3 euros), it is possible to ask the flight attendants a Cup of boiling water in which to brew yourself a tea bag or sticker with coffee. Air Harbor. Larnaca airport is the largest on the island.

For accommodation we chose the apartments, ie, room with kitchen. We did not dare to deal with the privateers, although they are cheaper somewhere in the 5-10 euros per night. Stayed in hotels, designed for the middle class. We visited three cities and all three hotels were booked 1.5 months before the trip. The most expensive was an apartment in Larnaca (2 nights — Euro 96), in Ayia NAPA so much paid for 3 nights, and in Paphos for 1 night cost 40 Euro. When choosing accommodation pay attention to the following points: distance from the beach and the city centre (not to spend money on travel), hot plate and refrigerator (cooking, and that means we save on visits to public catering), the presence of Wi-Fi. For decision making it is useful to view reviews from other guests. You should also be prepared that an amount equal to the cost of your stay at the hotel may be blocked on the card for a week or two in advance. The lock is a guarantee that the guest will appear in a reserved room, and won’t change my mind at the last moment. The overall impression of all the hotels: the rooms are spacious, with daily wet cleaning; problems with appliances/electricity/water supply arose. Although the reviews of previous guests such complaints are not uncommon. Abundance. In Cyprus all the year round fresh local fruits and vegetables.

Paphos. During the visit, the day temperature reached 30 °C. Ayia NAPA. Balcony with open views of the waterfront.

FOOD: PORTION FOR TWO AND SHOPPING IN HYPERMARKETS

The fact that the apartment has a refrigerator, stove, microwave, kettle and even a toaster, is very helpful to solve the issue with “daily bread”. It was decided to have Breakfast and lunch at home and dinner out. In addition, Kiev has taken a minimum Packed: coffee, tea, biscuits, cheese, so for the first Breakfast in Cyprus not only had the bread. In search of him, found three mini-market next door, where prices for the same product differed in two times! So advice for frugal — look for hypermarkets. They, of course, are far away from the tourist areas and downtown, but at least once in there go there and make purchases during their stay on the island. The prices are at the level of our stores, and seasonal fruits and vegetables — a couple of times cheaper. Beer, even in hypermarkets are not cheap (from 30 UAH per 0.5 l bottle), so it is better to switch to local wines: they are delicious and cost 2 euros per bottle.

By the end, we, as planned, had Breakfast always in the room, and had dinner almost all the days on the beach (fruit from the supermarket, soup in a fish restaurant). The most expensive went for dinner, but this expenditure can be saved. First, when ordering meat or fish, remember: the mandatory relies side dish (potatoes/rice) and salad (tomatoes, cucumbers, lettuce). The portions in Cyprus are large, one is quite possible for two people to share. The waiters when you order one dish often specify how many plates and devices to bring. Take your time to order dessert in many restaurants when ordering two main dishes can bring something sweet like a gift from the chef. 10 days with us this happened three times, in three different institutions. On average, one serving costs about 8-10 euros. One day I decided to “push the boat out” and order the fish meze (a selection of snacks or different foods, but small portions) for two for 30 euros: we brought more than two dozen plates with various appetizers and seafood (octopus, squid, oysters, mussels, crabs). Yes, not cheap. But for once in your life that you need to try. TRANSPORTATION: THE BUSES RUN LIKE CLOCKWORK AND ARE CHEAP

In Cyprus public transport is very clearly, with accuracy to the minute. So if your trip includes several destinations, like us, will have no difficulty to plan your route. This is best done via the website cyprusbybus.com it has a schedule of all bus routes. By the way, the airports and the city is also connected by bus service, with buses operating around the clock, so a taxi will not be necessary. Coaches costs about 4-5 euros one way.

Public transport in Cyprus goes on the clock. 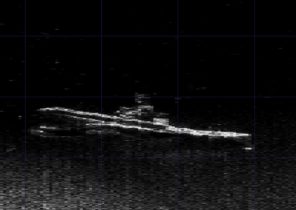