In Ukraine, create a hospital district. Region is divided into three to five parts without reference to the regional centers, each of them will be at least one General hospital with emergency response. Other medical facilities pereprofilirovanie. One of the requirements of the Ministry of health to the formation of districts – the road to the hospital should take no more than an hour from the most distant point of the County. In Vinnytsia region is already protesting against the reforms and I am afraid that in small cities and villages will close hospital. How to construct a district hospital and hospitals in small towns and villages, learned the website “Segodnia”.

What is a hospital around here?

All medical facilities in the areas will be divided into districts. Each will be at least one multi-field hospital of intensive treatment of first or second level. So, in the hospital of the first level, the doctors will provide surgical and emergency care.

Now every hospital has its own profile. If a person has a fracture, the ambulance takes him to the clinic, which specializiruetsya for injury if the ambulance will bring a patient with a stroke – you have to go to another. The idea of multi-profile hospitals for intensive treatment to emergency care provided in a medical facility.

“This is a hospital with a good intensive care unit, specialists in all fields to help the person as quickly as possible, to preserve his life and health in Ukraine of hospitals is not enough. Now the ambulance has to get around town because each has its own profile,” explains chief expert of the medical group of the Reanimation package of reforms Zoryana Chernenko.

Form hospital districts regional state administration. The Ministry of health has put forward three requirements: centre district hospital should be a city with a population of 40 thousand people, the road to it should take no more than 60 km or an hour – by the standards of world medicine, the first 60 minutes after a call to physicians – is critical for the recovery of the patient. Hospital of the first level should serve not less than 120 thousand patients, the second level — not less than 200 thousand

See also: acting Minister of health Suprun said pressure and a visit from the police

What will happen to the hospitals

Other hospitals pereprofilirovanie based on the needs of the residents. They will become a routine treatment hospitals, rehabilitation centers, or hospices. The Ministry of health medical facilities promise not to close.

“The hospitals that remain, have a natural way to repurpose. We have no rehabilitation centers, no hospitals and nursing care,” says Zoryana Chernenko. The Ministry of health promised not to close hospitals. Photo: newsroom.kh.ua

The Executive Director of the Association of Ukrainian cities Miroslav Pittsyk compares multi-profile hospitals with the regional hospitals, which will be in the region of not one, but four or five. Zoryana Chernenko adds, they are better than regional because it will provide and emergency assistance.

“Instead of one regional hospital, we build a universal and specialized clinics in every County. No hospital will close, they will become the health centers, which will provide social assistance and diagnosis, and the help of the family doctor,” says Pittsyk.

“This year should form a hospital district, each will have its own plan. We can’t do it in bulk. We act in the spirit of decentralization and the transfer of freedom and responsibility at the community level. If the community have formed a district, the plan – they will get investment. If not agreed by the County, will live as they lived,” says Deputy health Minister Pavlo Kovtonyuk.

When will hospital neighborhood

To create a hospital district will be in three stages. First, the regional public administration forms the County boundary. Then create the hospital composed of the representatives of settlements. At the last stage the Council develops a plan of five years for the development of the district. The plan should consist of a description of the district routes by which residents can reach hospitals and step by step guide to realigning hospitals. After that the state will Finance implementation of the plan.

“After the completion of the formation of the districts, the state to connect to their funding, but we need to see the plan for what the community wants to develop,” – said Vice Prime Minister-Minister of regional development, construction and housing and communal services Gennady Zubko.

The Ministry of health expects that the hospital districts around the country will create up to the end of the year. Already 13 regions submitted for approval to the Ministry projects of the 43 districts that are endorsed by the government. Some hospitals will have to restructure. Photo: yc.cnhubei.com

In the areas already dissatisfied with the reform and fear of closing hospitals. In the Vinnytsia regional state administration decided to delineate the boundaries of districts and to restructure the hospital because of what aratilis to the outrage of the townspeople. In Sharhorod the local district hospital authorities have already redeveloped in the hospital routine treatment, it will treat patients with chronic diseases and bind to the Mogilev-Podolsky district. Shargorodske complain to Mogilev-Podolsk to go more than an hour and even there is no direct bus between cities, and physicians, they are worried that their hospital will close.

This situation is due to the fact that the Ministry of health makes no recommendations and advice on the establishment of hospital districts, says Zoryana Chernenko. According to Paul Kovtonyuk, the Ministry monitors compliance with the methodology of creating hospital districts, but if the locals are not satisfied with something do not need to appeal to the Ministry, and in the state administration, which defines the neighborhood.

Local authorities should focus on creating General hospitals, not conversion, says Zoryana Chernenko. According to her, a small hospital will change direction over time, naturally, when patients will begin to address in a multidisciplinary hospital quality services.

“These hospitals will find another reform – the signing of contracts with patients. They in a natural evolutionary way of change of direction, if patients not one of them will go. There are regions that do everything: to define hospital of intensive treatment and at the same time to change the profile in other medical institutions. This is what causes the greatest concern,” she says.

The reform will be successful if the Ministry will advise and explain on the ground, how to create a hospital district and General hospital. The problem is that the Ministry of health has not given specific recommendations, but requirements of time of arrival at the hospital, said Chernenko. It is not clear what any of the profiles should be doctors in General hospitals is mandatory, how many offices, and how it should relate to the number of residents to the number of beds in the hospital. So far, no guidelines, no explanations that would help officials to correctly calculate and test the capabilities of the hospitals. 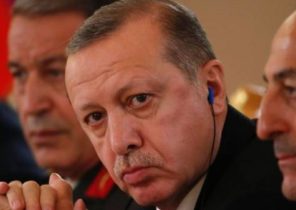 Erdogan promised to repay the Netherlands for Cavusoglu