One of the most characteristic examples of the Russian way of warfare is the use of artillery. In Syria, the Russian artillery gave new force to government troops, exhausted after several years of fierce fighting. In the East of Ukraine in mixed Russian-separatist forces continue to regularly exchange artillery strikes from the Ukrainian army.

During the fighting near Ilovaisk and debaltseve Russian and separatist artillery mass extermination of Ukrainian soldiers, and these fights have become two of the most severe defeats of Kiev during the war.

January 28, at the end of the week the Russian and separatist artillery was intensively shelling Ukrainian troops. Representatives of the Ukrainian army reported that the enemy used the entire firepower along the front line, as reported by The Financial Times.

“Observers say that the Ukrainians are trying to change the situation spur of the moment, while officers and commanders argue that trying to stop the flow of contraband into the territory controlled by the separatists,” wrote Miller.

The Minister of defence of Ukraine Stepan Poltorak said that, presumably, Russia sent 1150 artillery on the Eastern Ukraine, including 450 rocket launchers of volley fire. This explosive situation. Artillery is waiting as you move troops on Ukrainian territory under the control of separatists.

“Over the last two days of the Russian occupation troops launched a massive attack along the entire line of contact, using all available weapons,” — said the representative of Ukraine to the United Nations 30 Jan. Among other things they used “rocket launchers of volley fire “Grad”, artillery guns with a caliber of 155 mm and 122 mm, is prohibited by the Minsk agreements, as well as small arms”.

Active use of artillery shows that Russia builds an army around artillery, and it shares with its agents in Eastern Ukraine as of this doctrine, and by the guns.

The doctrine is associated with a particular situation, in which Russia waged war. This tradition was started by the army of Imperial Russia and perfected by the Soviet Union during the Second world war, when the Red Army made a major artillery bombardment on the Seelow heights and on the Karelian isthmus.

“The Soviet army was an artillery army with many tanks. The Soviet Union was building his army around artillery,” wrote analysts Lester Grau (Grau Lester) and Charles Bartels (Charles Bartles) in large-scale research “the Russian way of war” (The Russian Way of War), dedicated to the land forces of the Kremlin.

The legacy continues to this day. Russian military doctrine not only requires the use of relatively large quantities of artillery, but also provides a very significant concentration of firepower aimed at the destruction of enemy units with mathematical precision, when circumstances so require.

“The main landscape, which is fighting Russia, as a rule, fairly flat. Therefore, it’s quite difficult to place observers to direct artillery on a target,” wrote in his work of Grau and Bartels, intelligence Control of the armed forces of the United States for the study of foreign armies.

“Thus, the Russian military planning takes into account the high consumption of artillery ammunition. The task of destroying the invisible goals requires literally turn the acres of land,” — said in their study.

The results of this can be observed in Ukraine. It should be noted that the Ukrainian army is also a former Soviet, and also largely relies on large-scale use of artillery.

Russian artillery is also quite old fashioned, as the Kremlin is in no hurry to introduce precision missiles and projectiles with guidance systems, fearing that their electronic fuses may be disabled interference, said Grau, Bartels. Another problem is that these fashionable ammunition is very expensive, and Russia, despite the dramatic media reports about her arms, wary of the new weapon.

Consider this evolutionary approach to the formation of the armed forces. The authors write that Russia longer leaves of different systems in service than the us army, preferring “to upgrade for a fraction of the price of what would cost buying new weapons.”

In the end, this weapon is still effective, especially in the case of mass application. And the Kremlin can increase its artillery a small number of modern weapons and cheap reconnaissance drones.

One of these new systems — 2С35 “Coalition-SV”, 155-mm tracked howitzer on the chassis of tank T-90. In addition to fire projectiles with guidance systems this setting has additional benefits in comparison with its predecessor, “Msta-s”, including the automation of key systems.

But mostly Russia prefers what it knows and does best, and tries to do it relatively cheap.

The main improvements after the end of the cold war belonged not to the guns, and scouting, observation and planning systems of fire that assist the guns to hit their targets and that Russia uses in Ukraine with deadly effect. 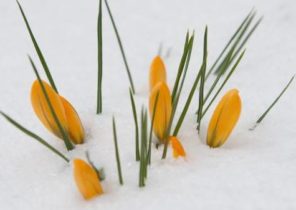