Vladimir Putin may launch two large-scale wars simultaneously — a total of 300 000 soldiers.
This is according to a new report from the State research Institute of total defence of Sweden.

In addition, it is stated that more than half of all active nuclear warheads are in the Western military district that is closest to Sweden.

Yesterday, the research Institute of total defence has published the Swedish version of the report “the Military capabilities of Russia ten-year term in 2016.”

…
“Russia’s armed forces are developing from the well-organized and trained in order to deal with internal unrest and conflicts in the former Soviet territory, to a structure that can cope with large-scale operations outside of this region. In 2016, the ability of the Russian Armed forces to protect the country from foreign aggression has become more than in 2013. This means that Russia now has a more powerful military instrument of coercion, than before.”

Two wars at the same time

According to the report, Russian President Vladimir Putin is able to unleash two wars at the same time.

“Russia has the conditions that will allow us to begin two large-scale offensive operations at the same time. Its Armed forces in 2016, was a more than enough human resources to start two parallel offensive operations, while maintaining the defense of the borders and keeping a small strategic reserve and minimum resources for a joint defensive operation for each potential point of defense.”

Further it is stated:

“In 2016, the Russian Armed forces have more ability to protect the country from military attacks than they were in 2013. This means that Russia is thereby also secured and more powerful tool of military coercion.”

According to the report, the power to make political decisions is increasingly concentrated in the hands of Vladimir Putin:

“This is evidenced by the fact that decision-making in varying degrees, may be inhibited in the absence of Vladimir Putin. Another important aspect of the decision-making system in Russia is that increasingly undermines public institutions. This is reflected in the low level of trust of people in General to all institutions, except for the President and his administration, the Armed forces and the Russian Orthodox Church”.

Meanwhile, relations between Russia and the rest of the world is now worse than ever in a long time.

“Now promoted by the national security Strategy most clearly reflects anti-Western sentiment, on the basis of all strategic documents that have been published in Russia since 1997. Besides the fact that the US and NATO are described in negative terms in the new document says negatively about the EU”, says the Swedish Institute of defense research.

In addition, a new Institute report cited Putin, who told what it means to be a Russian patriot. This statement was made during the Direct line with Vladimir Putin April 2014:

— For the Russian in the world, and death is red. This means that the death for his friends, for his people, for the Fatherland is great. This is the deep roots of our patriotism. 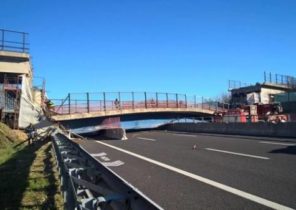