Speaker of the house Sean Spicer said at a briefing on January 24 that the President of the United States Donald trump is not satisfied with the ratio of contribution of his country in international organizations, in particular NATO and the UN, c the final result, reports RIA Novosti.

Journalists asked Spicer to comment on a telephone conversation between the new U.S. Secretary of defense James Mattis and NATO Secretary General Jens Stoltenberg reminded that trump called the Alliance in its current form, “a relic of the past”.

“The United States carried out a contribution to NATO, the UN and other similar organizations. But I think the President is not satisfied with what he sees when comparing this contribution with the result”, – said the press Secretary of the White house.

Spicer is confident of Mattis and other members of the administration have ideas about how to reform and make more efficient structures such as NATO.

He stressed that trump does not consider the Alliance in its present state is able to effectively carry out their role.

Previously, trump said that the UN has great potential, but is currently the only place where you can “spend time”. 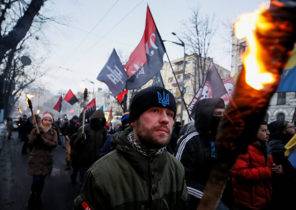