During the year, the honey in Ukraine rose by an average of 20 to 40%. Raising the price of the experts associated with world market conditions, the increase in sugar prices, the jump in the exchange rate and the increase in electricity tariffs, writes UBR.

To date, the Ukrainian market is still selling last year’s product — fresh honey will start to go on sale in may. Now many traders are seeking to sell the remnants that remained with them in 2016. Sometimes, they resort to not so honest ways of maintaining the freshness of the product and its presentation, the experts say.

As told by a specialist in the honeymoon market Alex Kostecki, about 50% of beekeepers have honey from herbs. The rest of the market is occupied by products of acacia, Linden and buckwheat. A very small percentage allotted are also wild and fir honey is the most expensive product and it produces few.

Most beekeepers sell the honey in the “plastic”, as it is cheaper. But preferably, all-glass container. And if you could take 3 liters, it turns out to save about 20%.

In this small apiaries is still possible to find more reasonable prices.

“Honey has risen by 30%. Previously sold for 70 UAH, and now already 100 UAH per liter. My volume (up to 50 hives) and the lack of societies of beekeepers can be claimed only on domestic market, and the demand due to the reduction of the income of Ukrainians has decreased by 30 – 50%”, — said the owner of eco-apiary “Bee Kingdom” Yegor Bulychev.

At the same time, entrepreneurs who can boast of large volumes of production, often sell their product to dealers, and they send the honey over the border. Since 2014 leader in consumption of Ukrainian honey was the external market.

The export of Ukrainian honey broke the historical record.

Dynamics of production up to 2013 was more or less stable — about 70 thousand tons per year. Since 2014, the volume of pumping has fallen (minus the Crimea, occupied territory of Donetsk and Lugansk) to 66.5 thousand tons, and in 2015 — to 63.6 thousand tons.

Since a large part of Ukrainian honey is exported, the main consumers are the EU (their share, according to ASTP, 2015 71.2%), it affects the price situation in Europe. And on the domestic price tags are affected by production volumes and the number of producers in Ukraine.

“Companies working for export, want to buy cheap and beekeepers for the hryvnia, and to sell abroad in Euro. And if they take wholesale honey in the apiary at UAH 30/kg, it is sold at world prices — 2,50-2,60 euros/kg,” — said Kostecki.

In General, according to Gritsenko, the General trend of the market is the increasing focus on foreign markets and, as a consequence, the increase in exports against the background of stable production. And soon we will see the increase in shipments to Europe, after taking into account the devaluation of the hryvnia export of honey is becoming more profitable.

But buying honey from beekeepers not only for export. Major parties are also suppliers of trading networks. And sometimes to reduce the cost of the product and extend its shelf life, they are diluted (counterfeited) product.

As told by co a company BeeCool Alexey Dmitrenko, fraudulent sellers or just mix different varieties of honey to not crystallize, or diluted in water sugar, syrup and starch. Substitute cook (caramelicious), and then mix with natural honey.

“Often, of course, to fake it is possible to encounter in supermarkets and stores. Rarely at markets and fairs. It is best to buy directly from the beekeepers in the apiary, checking before that the relevant documents — it is often certified by the Institute of beekeeping Prokopovich. But it happens that in large production facilities and their laboratories,” — said in a conversation with Kostecki.

Availability of proper documents is very important, as sometimes the sale of substandard honey sin themselves beekeepers. “Some producers use antibiotics to treat the bees, and the drug eventually gets into the honey,” — said Gritsenko.

On the market there are other issues: beekeepers complain about the lack of state support and poorly developed market of honey in the country.

“The whole world of beekeeping earns pollination of fields, we the market is dead, no base, no orders, no tenders. No preferential loans, discounts on medicines, sugar for feeding bees in the fall. The latter is very expensive for beekeepers, and if it is not carried out in August, then in September, the bee colony is destroyed,” — said Yegor Bulychev. 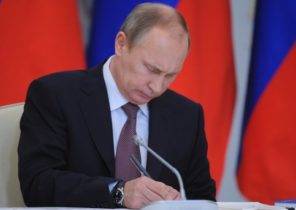 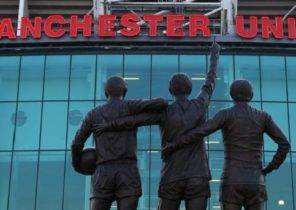