Russia creates a new modernized version of T-90 — the third modification of the main battle tank for a long time consisting of Russia on the arms.

New tank, called the T-90M will be more likely to use a technology developed for the revolutionary Russian tank T-14 “Armata”. However, compared to a formidable, but expensive “Armata” T-90M, which will be adapted to the existing Russian T-90A, will cost twice cheaper.

“Efficiency of new cars compared to the predecessors may be doubled, writes journalist of the Russian TV channel “Zvezda” Dmitry Yurov. The third “Break” from UVZ can try on many technological solutions developed for the tanks of the fourth generation. In the short term, this approach will not only improve the reliability and firepower of the tank, but significantly increase the demand for such a machine on the world market.

One of the main features of the T-90M will be the new version of the 125 mm gun developed for the T-14, with a new automatic loader. “T-90M…- is a deep modernization of the T-90A. Under such modernization will include 400 units of T-90A, the armament of the Russian armed forces, quoted Yurov, a Russian military expert Alexei Leonova. — The tank will get upgraded smoothbore 125-mm gun 2A82-1M — the same as the “Almaty was”, with a new fire control system, which is characterized by high level of accuracy, rate of fire and has an enhanced battle online — approximately 900 shots”.

Especially important is the presence of “Afghani”. The Russian claim that he can destroy the armor-piercing shells on approach to the tank. However, Western experts doubt this.

Employee-financed government naval analytical centre Michael Coffman (Michael Kofman), a specialist in the Russian armed forces, told me last year that he is skeptical of such claims. “In my opinion, it’s not real, — said Kofman. — Shell with a detachable pallet is a needle of depleted uranium, that is of incredibly dense material. Complex “Afghani” uses fragmentation charges, unable to seriously damage the same A4 last modification of American shells. Perhaps they can shoot down a projectile with a trajectory accurate shot, but stopping it is unlikely anything other than a combination of reactive armor and armor combination”.

However, even if the Russians exaggerated the possibility of “Afghanica”, T-90M is a powerful fighting machine. “Embedded in the design of a T-90M armor components of the fourth generation once again demonstrated the potential for the modernization of Russian armored vehicles”, — says bramblings.

Anyway, the project T-90M again demonstrates the potential of the original Soviet T-72 tanks. In the end, T-90M, with all its new features — its modernization. That says a lot.

Dave Majumdar is editor of the defense Department to The National Interest. 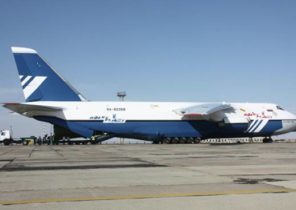